Country pays out $45 million to victims of COVID vaccines 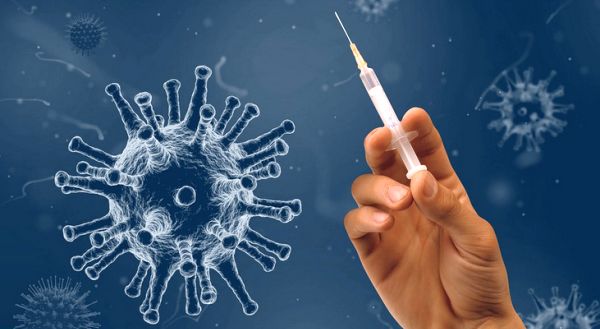 The government of Thailand has paid more than $45 million as compensation to people who developed illnesses and injuries after receiving COVID=19 vaccine shots.

So far, 12,714 people have received the compensation, the Phenom Penh Post reported.

Thailand’s National Health Security Office said last week that from May 19, 2021, to March 8, 2022, a total of 15,933 people had filed complaints of negative reactions to COVID-19 vaccines.

The NHSO rejected 2,328 complaints after the agency ruled that the side-effects were not related to the vaccinations.

Of the rejected cases, 875 complainants are under appeal and 891 cases are pending consideration.

Over the weekend, WND reported data compiled by the Centers for Disease Control and Prevention show the Millennial generation suffered a “Vietnam War event,” with more than 61,000 excess deaths in that age group in the second half of 2021, according to an analysis by a former Wall Street executive who made a career of crunching numbers to make big-dollar investment decisions.

White House coronavirus adviser Dr. Anthony Fauci said in an interview published Monday it’s likely that people who have been vaccinated will need more booster shots, but he isn’t sure how many. Pfizer CEO Albert Bourla says a fourth shot will be “necessary” and his company is seeking emergency use authorization from the FDA.

The FDA has released 55,000 pages of Pfizer clinical trial data – after attempting to keep it hidden for 75 years – that is now being examined by scientists and others who already have pointed to signals, such as the CDC’s Vaccine Adverse Events Reporting System, indicating unprecedented vaccine injuries and deaths. Among the Pfizer documents are nine pages listing 1,291 different side effects.

Meanwhile, the European Union’s top health agency has warned that getting boosted every four months could harm the immune system’s ability to fight off the disease. Further, a landmark Israeli study found that a fourth Pfizer booster shot was only partially effective in protecting against the omicron variant. A German government report found more than 95% of reported cases of the omicron COVID-19 variant in the country were in vaccinated individuals.

A second booster already is available for Americans 12 years of age and older. Last fall, the FDA approved the Pfizer shot for children 5 to 11 despite concerns by the agency’s expert panel about the lack of safety data.