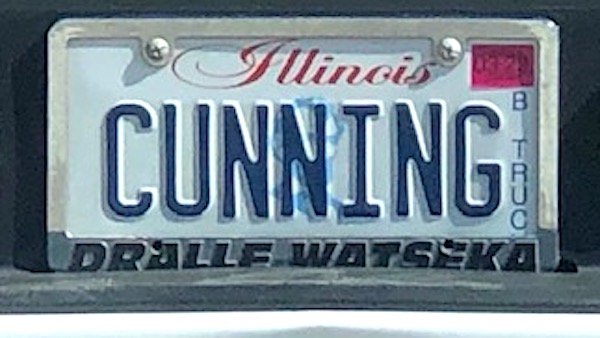 A Colorado cop assigned to a drug unit attached a “stolen” license plate to his undercover car and left an innocent woman with an unpaid $1,600 toll bill, causing the state to refuse to register her new car while the assessment was unpaid.

A report in the Denver Gazette explained that officials in the city of Longmont now are promising to correct the huge mistake.

The report explained Debra Romero, 52, of nearby Westminster, was told by the state she could not register her new vehicle until she pays the fees incurred by the officer.

She has back problems, she reported, and has been forced to rely on others to get her to physicians’ appointments because of the issue.

The Gazette explained it was, according to police records, Acting Police Sgt. Stephen Schulz, who led the Longmont narcotics unit, who reportedly took the license plate from the police department’s property and evidence room and used it.

His actions reportedly avoided the proper procedures for officers to obtain plates to use on unmarked cars.

“In an internal May 5th police memo, Longmont Police Commander Eric Hulett wrote he found the use of evidence room license plates on undercover take-home vehicles ‘to be very alarming and out of alignment with the proper practice of having the state issue special license plates for undercover police officers,’” the report said.

Information from the police department showed nobody at the department kept track of which evidence-room plates were being used.

“This allowed them to operate with no tracking or accountability should someone call and complain on that license plate,” the police department memo said. Hulett suggested the result could include “allegations of cover-up or inappropriate activity by the police, etc.”

Police came to possess the plate because Romero’s husband bought a used car, licensed it, then sold it. He removed the plate and stored it. But the couple say the plate was stolen, then turned up in the back seat of an abandoned car, which Longmont police seized.

Romero’s husband told officers the car had been sold and the plate should be destroyed, but instead, the officers kept it and used it to amass the unpaid tolls, the report said.

The state’s deal with private investors set up an E-470 toll road around part of the Denver metropolitan region, and that authority refused to waive the tolls even though the plate had been reported stolen.