“California was once the envy of the world,” Jenner narrated as the ad began. “We had what everyone else wanted. The American dream grew up here.”

WATCH: I came here with a dream 48 years ago to be the greatest athlete in the world. Now I enter a different kind of race, arguably my most important one yet, because California is worth fighting for! pic.twitter.com/BHglwn5ZSE

“Yet career politicians and their policies have destroyed that dream,” Jenner said, as the ad shows clips of shuttered stores. “It’s been locked away. Closed. Shuttered. Left in the dark. Burned down. The government is now involved in every part of our lives. They’ve taken our money, our jobs, and our freedom.”

Jenner said that California needs a “compassionate disrupter.” (RELATED: Here Are The Lawmakers Who Refused To Stay Home After Telling You To)

“I came here with a dream 48 years ago to be the greatest athlete in the world,” Jenner said. “Now I enter a different kind of race, arguably my most important one yet: to save California.

“I want to carry the torch for the parents who had to balance work and their child’s education,” Jenner said. “For business owners who were forced to shut down. For pastors who are not able to be with their congregation. For the family who lost their home in a fire, for an entire generation of students who lost a year of education.”

The ad showed clips of Democratic California Gov. Gavin Newsom dining indoors at the Michelin-starred French Laundry on in November after urging California residents to wear face masks “in between bites.” He later apologized and called the party a “bad mistake.” (RELATED: ‘This Is A Question Of Fairness’: Caitlyn Jenner Says Biological Males Shouldn’t Compete In Girls’ Sports)

The ad also showed footage of House Speaker Nancy Pelosi attending a hair appointment in San Francisco in late August, though indoor hair salons in the California city were currently closed due to the coronavirus pandemic. Pelosi, who did not wear a mask during at least part of the appointment, later accused the hair salon of setting her up.

“This past year has redefined our career politicians as elitists and the people of California as the warriors, the kings, and the angels,” Jenner said. “We never take kindly to glass ceilings here. Instead, we shatter them.”

“California it’s time to reopen our schools, reopen our businesses, reopen the Golden Gates,” Jenner added. “So I don’t care if you’re a Republican, Democrat, I’m ready to be governor for all Californians.”

“Set aside the messenger for a moment,” tweeted radio host Larry O’Connor. “This is, without a doubt, the perfect message. This is how Gavin Newsom goes down. This is how California saves itself. Not sure Jenner is the right candidate, but this ad nails it.”

This is a fantastic ad. Blast the airwaves, Jenner. https://t.co/JNi2VAmCcH

“This is a powerful ad,” tweeted commentator Bethany Mandel. “Jenner is going to be a force to contend with.”

Others were quick to criticize Jenner. Activist Charlotte Clymer accused the California candidate of behaving like a “small child in adult clothing.”

“Caitlyn Jenner’s campaign ad looks like parody,” Clymer tweeted. “It unsurprisingly looks and sounds like the pitch of a narcissistic person with zero experience in policy and governing unsuccessfully attempting to imitate serious people. It is the ad equivalent of a small child in adult clothing.”

Jenner did not immediately respond to a request for comment.

The post Conservatives Praise Caitlyn Jenner’s Latest Political Ad was first published by the Daily Caller News Foundation, which makes its content available without charge to any eligible news publisher that can provide a large audience. Please support their efforts. 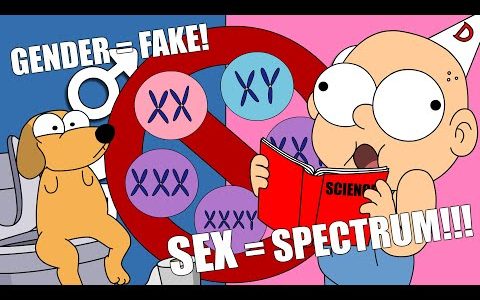