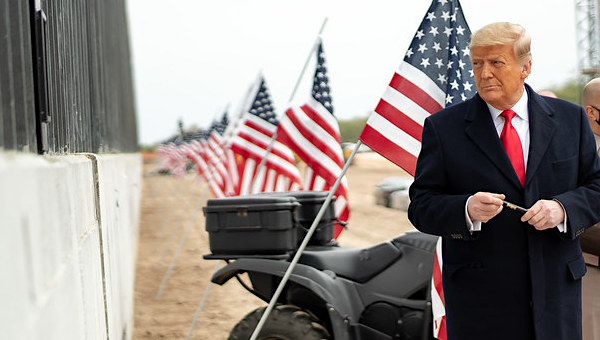 A member of Congress says America’s immigration problems need more than a border fence to fix.

The flow of illegal immigrants across the nation’s southern border had been reduced by significant numbers under President Trump, but when Joe Biden was inaugurated he reversed virtually all of Trump’s accomplishments, and sent a message to nations full of those wanting access to America’s success the door was open.

Since then tens of thousands of newcomers have come — mostly without any legal status.

But the damage is coming from more than those policy and spending priority changes, explained U.S. Rep. Madison Cawthorn, R-N.C.

He wrote at Real Clear Policy that further problems are coming from what is known as the Optional Practical Training Program.

“Much of the national conversation about immigration reform is rightly focused on the need to secure our southern border but many aspects of immigration system need reform. One example is the Optional Practical Training Program, which allows foreign students to work in the U.S. after they have graduated,” he said.

It was Microsoft officials who in 2007, fearing they would not get what they wanted from Congress, lobbied to have the number of people allowed to work in the United States under that designation increased dramatically.

“The effort was successful. The annual cap on the program (then set at 65,000) was removed and the duration of the program tripled without Congressional legislation. The number of students participating in the OPT program has risen from 24,838 in 2007, to 200,162 in 2018. Over the same period, the students participating in the STEM OPT extension has increased from 2 to 69,650,” Cawthorn explained.

But since Congress never intended that result, he’s proposed the Responsible Practical Training Act that would cut the length of those programs to a maximum of six months.

It also would prohibit foreign students who are studying in military related fields from participating and “help to inform future policy by ordering a wage-study of the effect that these programs have on American workers.”

“When the program began it was a small and manageable before lobbying efforts grew it into something that is well outside the original scope. One result is that our nation’s aging and ailing population are funding a rapidly growing number of foreign OPT workers who do not pay into Social Security and Medicare funds. American employers are exempt from paying payroll taxes on OPT college graduates, which gives them an incentive to hire OPT participants over American college graduates,” he said.

His proposal would eliminate that entirely, he said.

“In the 2018-2019 academic year, 31% of OPT program participants were Chinese nationals. Iran is also one of the top five participating countries. It is questionable whether these countries should be able to participate in these programs at all, much less be allowed to train in military-related fields,” he said.

An analysis of how the program impacts wages of American workers would be the final component of the law.

“It is imperative that we have the best information possible on this and other immigration programs so that we can effectively reform and bolster our immigration system,” he said.