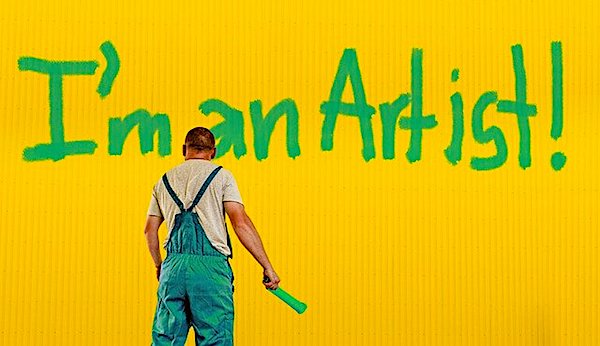 The ranking Republican member of the House Oversight Committee is demanding answers from an art dealer about plans to sell paintings by Joe Biden’s son, Hunter, for stratospheric prices that are raising suspicions about influence-peddling.

It is Kentucky Rep. James Comer who has written to George Berges, whose gallery is expected to be the facilitator in the sale of the paintings.

“It is the oversight committee’s responsibility to scrutinize Mr. Biden’s business activities because he chooses to conduct them in the most murky and corrupt corners of international affairs,” Comer explained. “Moreover, he has chosen – in the latest iteration of his career – to sell commodities of fluid and opaque value to anonymous benefactors.”

It is Washington Examiner columnist Byron York who provided the big picture of the scandal, one of many that Hunter Biden has provided his father in recent years.

“Influence peddler-turned-novice-artist Hunter Biden’s art exhibit, at which works will be priced from $75,000 to $500,000, will preview this month in California and move to a New York gallery in October. Given the possibility that buyers might purchase Hunter’s art in an attempt to influence his father, President Joe Biden, Republicans on the House Committee on Oversight and Reform are seeking answers to some basic questions about the event,” he explained.

“It’s an impossible mission for the GOP — nobody has to listen to the minority party. But in a new letter to New York gallery owner Georges Berges , committee ranking Republican Rep. James Comer asks for documents about the show’s inception and planning, about the setting of prices, about contracts between Biden and the gallery, and about a much-discussed set of ‘ethics guidelines,’ reportedly worked out with the White House, covering the anonymity of buyers.”

York noted: “Republican investigators have a legitimate reason to be interested in Hunter Biden’s business dealings. Remember that Hunter, when his father was vice president, cashed in on lucrative deals in Ukraine and China. And then, not long before last year’s presidential election, when a laptop emerged with all sorts of information about Hunter’s sketchy business affairs – and, more importantly, about Joe Biden’s possible knowledge and potential involvement in those affairs – many in the press and social media suppressed the information.”

In fact, a poll after the election by the Media Research Center revealed that had American news organizations been up front in reporting the Hunter Biden scandals, enough voters would have turned away from Joe Biden’s candidacy that he would not now be president.

Comer told Berges, “The prices your gallery has set for these pieces by a new, untrained, celebrity artist are unprecedented. One New York art adviser said such prices are ‘sort of insulting to the art ecosystem, as if anyone could do it.’”

The fact that those purchases will require payments of up to $500,000 for one painting prompted Comer to note: “The prices your gallery will be charging for Mr. Biden’s work are thousands of times greater than the artist’s own valuation of his work, underscoring the prices you chose and raising further questions about possible influence-seeking by those purchasing the art.”

The White House has said that the purchasers will remain anonymous and so there will be protections against influence-buying, but that would assume the unlikely scenario that someone who pays such money for a painting would not allow anyone else to know about it.

Comer wrote, “Mr. Biden acknowledges it is ‘a hell of a lot easier to get noticed’ as an artist due to his family name. Given Mr. Biden’s connection to the White House, his network of foreign associates, your efforts to become the ‘lead guy in China for art, and history of foreign nations that have ‘used transactions involving high-value art to evade sanctions imposed on them by the United States,’ the extent and nature of your dealings with Mr. Biden must be subject to the same scrutiny.”

York expressed doubt that anyone in Congress or the White House, controlled right now by Democrats, will express any interest in reviewing what Hunter Biden is doing. That, he said, leaves it up to “the press,” which will be equally uninterested.

“Many major press outlets have actively suppressed negative information about Hunter Biden in the past. So look for the exhibit to go on, with key elements of it hidden from public view,” he said.

Hunter Biden previously was under scrutiny during the 2020 presidential election cycle for having a high-paying job with the Ukraine energy company Burisma Holdings. He had no experience in the industry, but he did have a father who was vice president at the time, who was willing to intervene on behalf of Hunter.

Burisma was under investigation for corruption at the time, and Joe Biden openly boasted of threatening to withhold $1 billion in U.S. aid if Ukraine’s president did not fire the country’s top prosecutor, Victor Shokin.

York, at the time, explained why the stories about Hunter Biden’s dealings are so important:

Other scandals provided by Hunter Biden including an abandoned laptop computer that included videos of a nude Hunter Biden complaining to an equally nude woman in a motel room about a laptop with more nude videos of him being stolen by Russians.

And a complaint has been filed over the federal government’s refusal to release the details to the public of Hunter Biden’s handgun scandal, in which his gun was tossed into a trash bin.