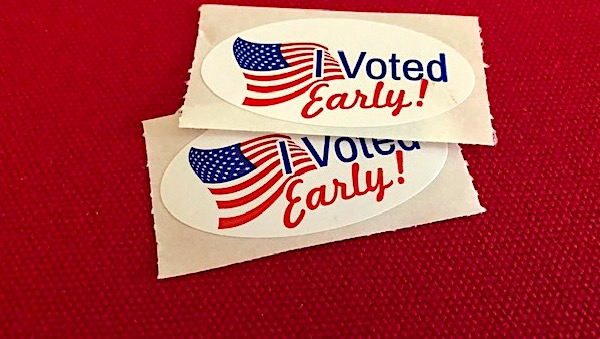 The rash of election-system scandals across America, already evident in multiple states where results proved pivotal during the 2020 election, has now spread to Colorado.

A “serious breach” of one county’s voting operations has been reported, and is being investigated, according to a report from Colorado Newsline.

A statement from Secretary of State Jena Griswold, part of a one-party rule in the state run by a Democrat governor and Democrat majorities in both state legislative houses, said the events developed in Mesa County’s voting system.

Griswold said she has requested an inspection of “election equipment and other relevant materials” to find out how voting-system passwords came to be posted online.

Griswold claimed the event was not during an election so it did not create “an imminent direct security risk to Colorado elections.”

But the appearance of passwords online certainly contributes to concerns that the state’s operations lack a required level of security to give voters a confidence in future events.

The events developed in Mesa County, where Clerk and Recorder Tina Peters, a Republican, survived a 2020 election to recall her.

The Grand Junction Sentinel said the state wants surveillance videos and documents that could reveal how the breach occurred.

The report continued, “If Peters can’t show proper chain of custody for that security information, which involves certain passwords that are eyes-only for state and county election workers who have passed background checks, all of the county’s election systems could be immediately decertified, meaning the county would be on the hook for an expensive refit of all of its machines.”

Criminal charges also are possible if individuals are identified as violating the rules.

Colorado Newsline said the password was revealed when an online activist, Ron Watkins, posted images on Telegram from a “whistleblower.”

One report said the source was someone in Peters’ office.

Griswold’s order said, “The posted images depict the BIOS passwords specific to the individual hardware stations of Mesa County’s voting system. These passwords can only be used physically at a voting system at the Mesa County Clerk’s Office.”

Dominion Voting Systems equipment is used in the county. There have been charges, lawsuits and complaints filed over multiple aspects of the 2020 presidential election count, and even now there are audits under way or planned in several states.

What is not in dispute is the fact that leftist Mark Zuckerberg of Facebook handed over about $350 million to mostly leftist elections officials across the nation to help them “run” the election. Further, a survey following the election revealed that had social and legacy media outlets not suppressed accurate reports about scandals involving the Biden family, Joe Biden would have lost support from enough Democrats to lose the race.

Further, multiple state officials simply changed their state law regarding ballots, even though the Constitution only allows state legislatures to do that.