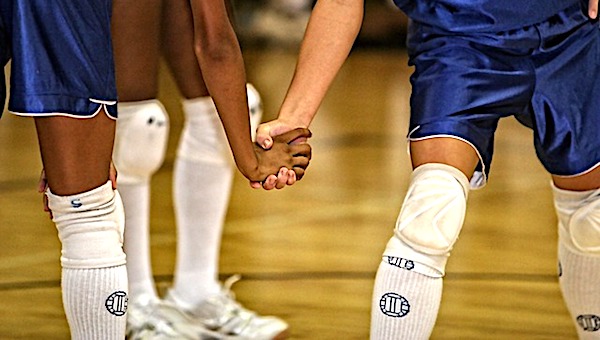 Two coaches at the University of Oklahoma have argued in court that they have the right to discipline college athletes, including removing them from a team, for their political beliefs.

The claim prompted a warning from constitutional expert Jonathan Turley, who said, “The implications of this argument are chilling.”

The case was profiled by the College Fix, which explained Kylee McLaughlin, a player, sued coaches Lindsay and Kyle Walton, along with the school’s regents, charging that she was “excluded” from the team for her politically conservative views.

She was the OU team captain and first team All-Big 12 in 2018 and 2019, But her teammates started charging her with being “racist” after the team viewed a politically leftist documentary about the “criminalization” of blacks.

She also poked fun at the idea of the University of Texas dropping its school song, “The Eyes of Texas.”

Kyle Walton confronted her and said “[I’m] not sure I can coach you anymore.”

McLaughlin charges in her lawsuit that her coaches and teammates decided to brand her “as a racist,” and she was told she would no longer be allowed to be with the team.

The coaches’ motion to dismiss the case claimed that even though they were the ones who injected politics into the team, thet demand the right to discipline students who disagree with them – all in the name of “team unity.”

“While Plaintiff was free to make bigoted statements, she was not free from the consequences of how her teammates perceived those statements,” the Waltons claim.

“The First Amendment cannot force her teammates to trust Plaintiff or desire to play with her. Consequently, the Complaint makes clear that Coach Walton was within her rights to cultivate a winning team atmosphere by ensuring the players that ‘trust’ each other would be on the court.”

Pointing out that the coaches failed anyway, as the team finished the 2020-21 season 4-14, constitutional expert Jonathan Turley said, “The implications of this argument are chilling. It would suggest that any unpopular athlete can be — and should be — excluded to ‘cultivate a winning team.’”

The case, he said, “raises serious issues for academia and free speech (as well as an intentional infliction of emotional distress claim).”

McLaughlin’s concerns about the film imposed on the team was that it “slanted left.”

“She also thought that the film went out of its way to criticize then-U.S. President Donald Trump.”

The Fix report explained, “Incredibly, the Waltons also contend restricting McLaughlin’s First Amendment rights in political discussions (again, introduced by them) is akin to enforcing rules during an actual volleyball match: ‘As it relates to on court conduct, for example, students are not at liberty to question the decisions of the coach via a First Amendment claim.’”

Turley explained the argument used against McLaughlin “was once used against minority students to preserve team ‘cohesion’ or ‘identity.”

“In this case, McLaughlin was excluded not because of her athletic skills (which were obviously considerable) but her unpopular viewpoints.”

He said, “The argument goes too far for me from a free speech standpoint. It would suggest that a BLM supporter or a pro-life supporter could be excluded over a lack of cohesion with a team. I fail to see the limiting principle.”