CNN admits 1 governor got it right on lockdown 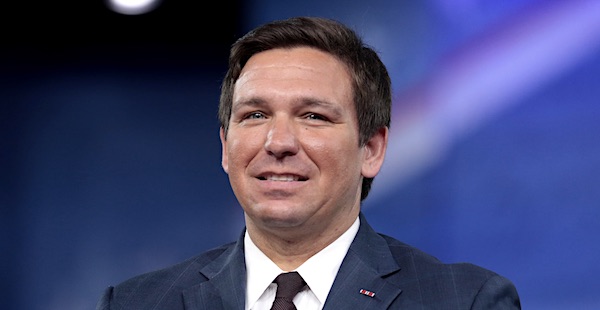 After warning over the past year that Florida Gov. Ron DeSantis’ coronavirus policies would result in disaster in a state with a massive senior population, CNN sent a reporter to the Sunshine State for a damage report.

CNN’s Jeff Zeleny hedged his assessment, but he had to admit that things have turned out well.

“The governor’s gamble to take a laissez-faire approach to coronavirus appears to be paying off,” said Zeleny. “At least politically. At least for now.”

He acknowledged that DeSantis’ governing was “getting a second look” and his “standing is stronger than other governors across the country.”

The New York Times on Saturday said, “For better or worse, Florida’s experiment in returning to life-as-it-used-to-be offers a glimpse of what many states are likely to face in the weeks ahead, as they move into the next phase of the pandemic — the part where it starts to be over.”

Axios said Monday that “after a solid year of living with a pandemic, the national press are beginning to ask the question that even Democrats have been quietly pondering in the Sunshine State: Was Gov. Ron DeSantis’ pandemic response right for Florida?”

Scarry pointed out that the official rate of death due to the coronavirus is much lower in Florida than in Democratic Gov. Andrew Cuomo’s New York, and the state’s economy is faring significantly better than locked-down California’s.

He insisted DeSantis did not take a “laissez-faire approach” to the pandemic.

The DeSantis administration, he argued, used “the science” to focus on protection for the elderly while encouraging everyone else to carefully monitor their risk levels.

“Unlike Cuomo, DeSantis did not mandate that infected patients be admitted to nursing homes,” Scarry wrote.

And DeSantis refused to shut down the state’s biggest public spaces, its beaches. The premise was that it was one of the few places people could go while easily distancing from others.

The governor also followed the science on schools, ensuring they opened in the fall and stayed open.

Scarry noted Democrats such as Cuomo, California’s Gavin Newsom and Michigan’s Gretchen Whitmer “were lauded by the media for closing hair salons and bars, in many cases permanently ending the lifelong dreams of many of their own residents.”

“DeSantis determined that the cost for that was too high.”

“I hope everybody realizes by now, these masks make a difference. We are on the cusp of being able to fundamentally change the nature of this disease because of the way in which we’re able to get vaccines in people’s arms,” Biden said while occasionally tugging at his mask.

“The last thing, the last thing we need is Neanderthal thinking that in the meantime everything is fine, take off your mask, forget it,” he said.

However, as WND reported, the first large, randomized controlled trial of its kind showed no statistically significant difference in COVID-19 cases between people who wore masks and those who did not.

Further, a peer-reviewed study published in the European Journal of Clinical Investigation on Jan. 5 comparing cases in 10 countries, including the U.S., found lockdowns and other mitigation measures to be ineffective.

The researchers found “no clear, significant beneficial effect of [more restrictive measures] on case growth in any country.”

“We do not question the role of all public health interventions, or of coordinated communications about the epidemic, but we fail to find an additional benefit of stay-at-home orders and business closures,” the researchers said.

WND reported in February the 11 U.S. states that did not impose comprehensive lockdowns over the fall and winter in response to the coronavirus fared better than states that did, according to an analysis of public data.

In January 2021, WND reported a Canadian infectious-disease specialist who initially supported the lockdowns changed his mind, concluding in his peer-reviewed study that the harm is 10 times worse than the benefits.

One year ago, a top coronavirus adviser for Joe Biden was in agreement.

Michael T. Osterholm, a professor and director of the Center for Infectious Disease Research and Policy at the University of Minnesota, formerly advocated the “focused protection” strategy now promoted by epidemiologists at Stanford and Oxford advising Florida Gov. Ron DeSantis: With a 99% survival rate for most, according to the Centers for Disease Control, let the healthy go about their business while protecting the vulnerable, the people over 70 with multiple life-threatening diseases.

Osterholm warned in a March 21, 2020, op-ed for the Washington Post of the high economic and social costs of “the near-draconian lockdowns” in effect at the time in China and Italy, which ultimately don’t reduce the number of cases. In November 2020, however, he advocated a national lockdown of four to six weeks.

Now Is the Time to Recession-Proof Your Business