Christian student sues school over campaign to portray him as violent 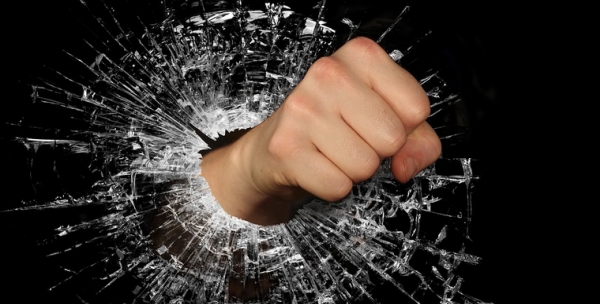 A lawsuit has been filed on behalf of a 14-year-old Christian student in Florida based on his description of a concerted campaign by classmates and their parents to falsely portray him as a violent wannabe killer with access to knives and guns.

The lawsuit was in U.S. District Court for the Southern District of Florida on behalf of Nicholas Ortiz against Mater Academy by the law firm of Dhillon Law Group.

“Ortiz, a practicing Christian, regularly brings his Bible to school to read during his free time. For this activity, the complaint alleges that Ortiz has regularly been ostracized and targeted for his beliefs by fellow students, staff, and school administrators,” the legal team said in its report about the action.

The complaint cites various examples of students harassing Ortiz, including “planning to physically assault him, a science teacher humiliating him for his faith in front of his peers in a classroom setting, and his peers creating false and defamatory statements claiming that he was planning a school shooting to disparage him.”

“Mr. Ortiz is experiencing something that no American should ever have to experience,” said Dhillon Law Group managing partner, Harmeet K. Dhillon. “It’s bad enough that the school has done nothing to stop the bullying from his peers, but have gone as far as joining in on targeting Mr. Ortiz for simply practicing his faith. This is blatant violation of his First Amendment rights [and] is another example of how extreme so many in our education system have become, and why Dhillon Law Group is coming to Mr. Ortiz’s defense.”

He even was suspended by the school, without explanation, over an incident in which another student kicked his iPad out of his hands, and his instinctive reaction was to toss his backpack at the attacker, the filing said.

“Imagine being falsely accused of threatening to shoot up a school. Law enforcement concluded that he was being pranked by fellow students, but that did not stop numerous parents from spreading the false accusation online,” said Dhillon Law Group partner, Matthew Sarelson. “The students who spread the false accusations against Mr. Ortiz were never disciplined in any way. Only Mr. Ortiz was suspended, without due process, and for no valid reason.”

Among the charges leveled by the student:

“While the students were making myriad false and defamatory statements on the student Discord chat, parents were similarly defaming Nicholas on other social media platforms, making new allegations in addition to the defamatory claims already being circulated. These other claims included that Nicholas had a ‘kill list,’ that he was ‘on the run,’ that he was a ‘psychopath,’ and that he had just threatened students live on social media…”

The filing stated, “To be clear, every one of these allegations was false, defamatory, and without foundation. … While this firestorm raged on social media, Nicholas Ortiz was at home with his parents, largely unaware of the controversy. Nicholas never brought a knife to school. He never made a kill list. He never made any threats against any students or against the school. He was not on Instagram live or facetime or using any other video chat function … He never showed a firearm, which he does not own, has never held, and to which he has no access.”

The defamation campaign got to the point it attracted the attention of the Department of Homeland Security, which visited the Ortiz home, and “determined the allegations were without foundation,” the complaint notes.

When informed of the campaign against Nicholas, school officials responded with their suspension of Nicholas.

The filing states: “The school knew the allegations against Nicholas were unfounded, which is why they did not follow the state’s zero tolerance policy and refer Nicholas for expulsion, which would have provided Nicholas with due process outside the school’s purview and demonstrated the school’s malfeasance to district administrators.”

The case seeks damages including punitive damages, attorneys fees and costs and more.