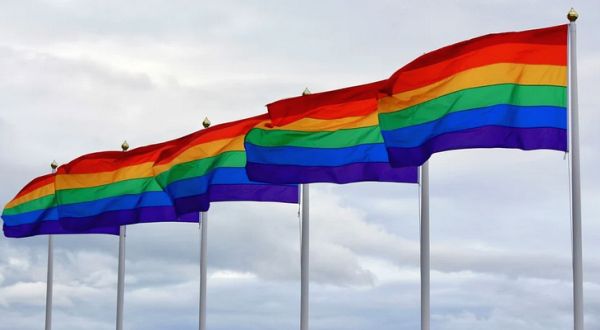 Christian parents Nigel and Sally Rowe have launched a legal fight against the government in the United Kingdom over the way it has failed to protect their children from the school system’s transgender agenda.

Supported by the Christian Legal Center, Nigel, 48, and his wife Sally, 46, are seeking a judge’s review of the Department for Education’s refusal to intervene in their case and its promotion of what lawyers describe as the “politically partisan” Cornwall Schools Transgender Guidelines.

Those standards are used by schools, teachers and others to decide how transgender ideology can be fed to children in public schools.

“They include how to implement gender neutral toilets, encourage schools to accept cross-dressing and gender transition without question, and include links to controversial groups such as Mermaids,” according to a report at Christian Concern.

The standards were published in 2015 by activists promoting the transgender ideology, but their legitimacy has risen because of endorsement by the Department of Education.

The Rowes, from the Isle of Wight, had been given the choice by the Church of England school their sons were attending either to affirm transgenderism or be labeled “transphobic.”

They eventually were forced out the school, and now are homeschooling.

Their sons, while previously in the school, had been confronted by other boys wearing dresses and calling themselves girls.

The Christian Concern report explained, “The Rowes believe Christian parents – and any parents who disagree with trans ideology – have been placed in an impossible situation. They either have to home school or risk their young children being indoctrinated in state education by an ideology that extensive evidence shows causes children harm.”

Their goal is an overhaul of the guidelines, so that Christian beliefs would be tolerated.

When the conflicts involving their children developed several years ago, the Rowes asked what was being done to support the children who are not claiming to be transgender.

At that time, the school said its agenda was to tackle “transphobic behavior,” which it identified as an inability to believe a transgender person was a “real” female or male, a belief that would contradict scientific fact, or declining to use female pronouns for a boy, or vice versa. In fact, being male or female is embedded in a person down to the DNA level.

The school also revealed it was working “at every stage” with Tavistock and Portman Trust, which recently has been the subject of multiple scandals for how it has promoted the transgender ideology, including physical surgeries for children.

With their own children homeschooled, the couple collected testimony on the promotions of transgenderism, and obtained evidence from consulting psychologist Graham Rogers about the “dangers” to children from those ideological positions.

He noted the trans agenda being pursued “showed little or no appreciation for the safety and welfare of children and adolescent or their developmental needs.”

The guidance, he explained, “contains no warnings of the effects of transgender medication, many of which were understood at the time the document was produced and additional ones that are now accepted, even by the NHS.”

In fact, those enforcing the mandates appear to lack an understanding “of the effects of puberty or the process of adolescent development, or its role in this change.”

Another expert, Paul McHugh of Johns Hopkins, explained, “Policies which affirm a child in their gender confusion without requiring psychological evidence are highly damaging to the children involved.”

The Rowes then lodged a formal complaint with education officials, but they refused to review it.

“This is not just about boys wearing dresses. This case is about an ideology that is now embedded in schools, local authorities, and Church of England leadership, and is causing serious long-term harm to thousands of children,” Nigel Rowe explained.

“We believe it is wrong to encourage very young children to embrace transgenderism. Boys are boys and girls are girls. Gender dysphoria is something we as Christians need to address with love and compassion, but not in the sphere of a primary school environment.”

Andrea Williams, chief executive of the Christian Legal Center, said: “Nigel and Sally Rowe were the first parents to courageously take a stand against trans ideology in our schools. They exposed the confusion and untruths being embedded in primary schools which have since developed into a public health crisis.

“They did this because of their Christian faith, and their heart, not only for their own children, but the thousands of children who are being affected.”

Williams warned, “Vulnerable children are being used as pawns and will continue to be harmed the most. It is chilling that Christian parents who want to bring up their children in line with their Christian beliefs cannot trust state education to be kind to them and make room for them.”