Christian florist after 8-year court battle: 'I could lose everything'

The Washington state florist who declined to design a floral arrangement for a same-sex wedding because of her Christian beliefs says she could lose “everything” after the U.S. Supreme Court rejected her appeal of her punishment, ending an eight-year court battle.

In a podcast interview, Barronell Stutzman noted the organized activism that drove civil lawsuits against her by the Washington state attorney general and the ACLU.

Her ordeal began when the ACLU “got ahold” of the same-sex couple and “sued me personally and corporately,” and state Attorney General Bob Ferguson did the same. The cases were merged, and after the Washington state Supreme Court ruled against her, the U.S. Supreme Court declined her appeal on July 2.

The case began in 2013 when one of Stutzman’s longtime customers, Robert Ingersol, asked her to design floral arrangements for his same-sex wedding. She explained she could not do it because of her religious beliefs but referred him to several other florists. A few weeks later, she found out she was being sued.

“It has cost us so much mentally, physically, spiritually,” Stutzman said in a Daily Signal podcast called “The Problematic Woman.” “And then the cost, everything we’ve worked for all these years, the flower shop that I own, our home, our retirement, our life savings, everything is in jeopardy because of the ACLU, [and] attorney fees are going to be so large.”

Stutzman, joined in the interview by Alliance Defending Freedom attorney Kristen Waggoner, explained she tried to tell Ingersoll, whom she considered a friend, “the best way I could that I could not do his wedding because my faith teaches me that marriage is between a man and a woman.”

“And he said he understood. And we talked about his mom walking down the aisle, and we talked about why he and Curt (Freed) decided to get married. And he asked if I would recommend another florist, which I did, which he got his flowers from.

“Matter of fact, they had enough offers for 23 weddings, so it wasn’t like they couldn’t get their flowers somewhere else.”

She said they talked and “hugged each other,” and Ingersoll left.

“So, I had no idea whatsoever there was anything wrong. And then his friend Curt put something on social media that simply said, ‘Barronelle has every right to believe the way she does, but it hurt our feelings.’”

From that point, she said, “it went viral.”

‘The vindictiveness of these lawsuits’
The Alliance Defending Freedom then stepped in to represent her.

Waggoner said the Washington state attorney general took unprecedented action, “not just in suing her personally, but in two other ways.”

Regarding the nondiscrimination law, normally an agency, a human rights commission, investigates such a claim and determines whether and how to move forward. But Waggoner said the attorney general was so intent on pursuing Stutzman that he bypassed the human rights commission and took on the lawsuit himself.

And she said it’s the only time she’s seen a state’s consumer protection law used in such a way.

Then the ACLU came after her with another lawsuit that was exactly the same as the attorney general’s, which Waggoner said “underscores the vindictiveness of these lawsuits.”

“This is about sending a message to not only people in Washington state, but to scare those on a national level and to really punish and ruin someone who doesn’t agree with the attorney general’s ideology,” she said.

Waggoner explained that the U.S. Supreme Court’s decision not to hear her case is not binding precedent.

“It doesn’t change the law in any way,” she said. “And there are other cases like Barronelle’s that will be coming up to the high court.”

‘The pathway to absolutely destroy me’
Stutzman said she was “devastated” when she got the news that the U.S. Supreme Court had rejected her case.

“I just could not believe that our constitutional freedoms, that the Supreme court wouldn’t even hear them,” she said. “That this is such a loss, not just to me, but to everybody. When you can’t practice your faith and you can’t live by your convictions.”

She said the decision “gives Washington state and ACLU the pathway to absolutely destroy me and to threaten anybody else that would happen to think the same way.”

Recounting the financial, mental, physical and spiritual cost of the past eight years, she said that at age 77, it’s “a little late to start over, so it’s very devastating.”

Lines we must draw
Stutzman was asked why she made the decision to “put a stake in the ground” over the issue of marriage.

“Well, I think we all have lines in our lives that we have to draw, and that was my line,” she said. “The Bible is very explicit about weddings and marriage and between a man and a woman, and I believe that, my faith teaches me that. And so that was the line I had to draw, even though it was very difficult for me.”

She said she loves Ingersoll, misses him and would continue to serve him as a customer. But marriage is another matter.

“That’s just one event that represents Christ and his church, and that’s just something I could not do,” she said.

Stutzman was asked what she would say to someone in the LGBT community who may be offended by her position on the issue.

“Well, there was nothing to ever be offended over,” she replied. “I waited on Rob for 10 years. I’ve had employees that identify as gay and lesbian. It was never an issue whether they were gay or straight or anything else. It was an issue of that marriage is between a man and a woman. It’s one event, one event in 10 years, and I’m losing everything.”

‘Everything I’ve worked for’
She said her flower shop is still open, but she cannot do weddings anymore.

Waggoner was asked if there is “any path forward” for Stutzman’s case.

“No, there’s not, to be candid,” the attorney replied. “I mean, Barronelle has blazed a trail. She stood with courage to the bitter end, and it’s a grave injustice that the court didn’t correct that in a meaningful way for her.”

She hopes the court will affirm that principle in a future case, and ADF will “continue to push forward to ensure First Amendment rights apply to those who have orthodox beliefs on human sexuality.”

“Those are the ones that are being crushed right now.”

Stutzman was asked, finally, what she wants the public to know about her and her journey.

“Well, I just want to thank everybody for their prayers and their concern,” she said. “And we have every right constitutionally to stand up and to have our faith and to live consistent with our beliefs. And I just don’t want people to think that, “Oh, it’s just a little flower shop. Too bad, so sad.” Because if it can happen to me, it can happen to you, and we have to stand strong, we have to have a line that we will not cross.”

See a video in which Stutzman gives brief answers to 21 questions about her case: 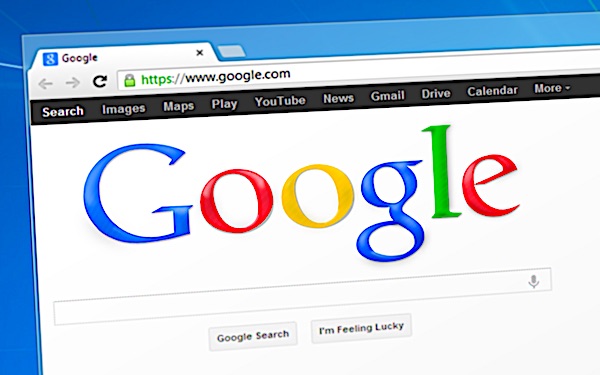