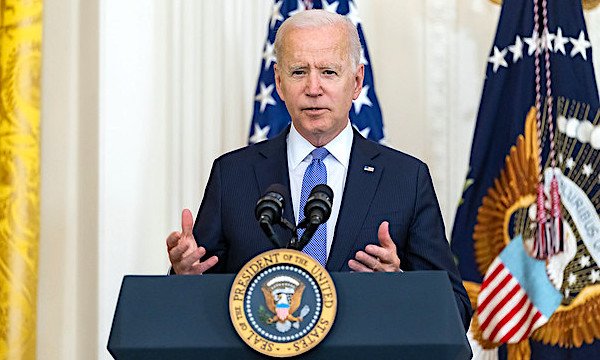 An expert on China is warning that the United States is facing a higher risk from that communist regime because of Joe Biden’s catastrophic withdrawal from Afghanistan, which saw Americans left behind to be under the thumb of the terrorist Taliban organization as well as billions of dollars in war machinery now under terror control.

Gordon G. Chang, a Gatestone Institute distinguished senior fellow, wrote at the organization’s website that Biden’s move hurt India, which America will need as an ally if Washington is going to “deter a militant China.”

The situation is that New Delhi was a supporter of the American-backed Afghan government, which now is gone, because those influences were seen as blunting “extremism in neighboring Pakistan, which has always defined itself as India’s enemy,” he explained.

Biden’s actions have “ruined” that connection between America and India, “perhaps for decades.”

“If Washington is going to deter a militant China, it needs the support of democratic India. Unfortunately, India looks like the country most immediately — and perhaps most adversely — affected by the Biden-created debacle. As a result, New Delhi could decide to side not with America but with a Chinese ally, Moscow,” Chang explained.

He said support from India had been longterm.

“For instance, Indian intelligence was instrumental in breaking up an Afghan ring of Chinese spies working with the Haqqani Network. The Trump administration believed that the Chinese members of that ring, taken into custody last December, were, among other things, offering cash to kill American troops in-country,” he explained.

“The U.S. left behind reinvigorated jihadist networks, tens of billions of dollars in weapons and communications systems, critical strategic infrastructure, and even, reportedly, intel not only on who was working with the U.S. but some who were working with India,” Cleo Paskal of the Foundation for Defense of Democracies told Chang. “Physically, the closest target for this massively armed and confident jihadist resurgence is India. As a result of decisions taken in Washington, India is dramatically less secure today than it was a few months ago.”

Since it had been looking to the U.S. for additional security, and that failed with Biden’s decisions, now, “in the wake of the fall of Kabul … (Indian) relationships with Washington have been put on ice,” Chang explained.

Paskal said those Indian influencers who are advocating a closer relationship with Moscow, in fact, now are openly taunting those who suggested working with America, Chang explained.

“There is a reassessment going on,” Paskal said. “One possible outcome is that Delhi works more closely with Tokyo, and possibly Canberra and Taipei.”

“Another scenario is that New Delhi decides to work more closely with Russia, reviving decades-old ties. Russia, of course, is increasingly aligned with China,” Chang reported.

One fight that continues to escalate is over Taiwan, and whether China eventually will take it over.

“The Biden administration may in fact be willing to defend Taiwan, but that is not all that counts at this crucial time. What also counts are perceptions, and the perceptions that especially count are those in Beijing. Chinese propagandists promoted two narratives as Kabul fell: The United States will not defend Taiwan and an America unable to deal with the Taliban cannot hope to stand up to China,” he wrote.

“Those two narratives appear to in fact reflect Chinese thinking, especially because the withdrawal from Afghanistan signaled to Beijing a complete failure of the U.S. intelligence community, the Pentagon, and the White House national security apparatus. Chinese exercises in areas adjacent to Taiwan in August and an August 13 simulated attack on Taiwan with a short-range missile are, in this context, ominous.”

He said, “America more than ever needs India’s help in ensuring peace in the ring of countries surrounding China and its surrounding waters.”

Said Paskal, “To say there is a crisis in trust in current U.S. policymaking in New Delhi is an understatement.”