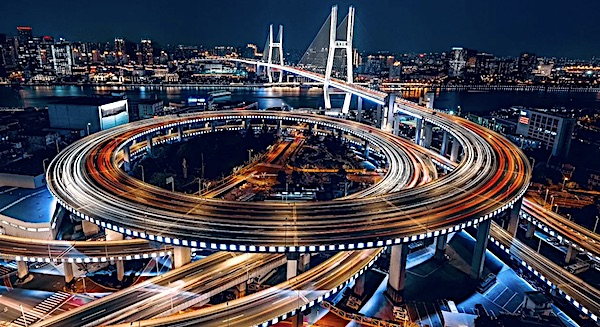 China expert Gordon Chang is calling for America, and the international community, to “#MakeChinaPay” for what he describes as its attack on the rest of the world.

In his commentary at Gatestone Institute, where he is a distinguished senior fellow and advisory board member, he charges that China “deliberately spread CVOID-19 beyond its borders.”

Deterrence is needed because, he writes, “China’s regime committed the crime of this century and may well be planning another horrific act.”

After more than a year of being discounted, even suppressed, the idea that COVID-19 emerged from a virology lab in Wuhan, China, that has been working on those specific bat viruses, that train of thought finally is being given credence now.

Even President Biden has reversed himself on the issue and now has asked for a full report on the possible source.

“There are extremely disturbing indications that the People’s Liberation Army of the Communist Party either engineered SARS-CoV-2, the novel coronavirus causing this disease, or warehoused this pathogen in a laboratory, most likely the Wuhan Institute of Virology in Wuhan,” Chang explained. “The lab was storing more than 1,500 strains of coronavirus, it conducted dangerous gain-of-function experiments, it failed to adhere to safety protocols, and it is located just miles from the first identified COVID-19 case.”

He said there’s no need to wait for “a determination of Beijing’s culpability. Even if the coronavirus did not start out as a biological weapon, the world now has enough information to conclude that China’s regime turned it into one.”

He said human-to-human cases were confirmed in December 2019, but China waited weeks to admit that.

“Chinese leaders then engaged in a campaign of deception. They assured the World Health Organization that such transmissions were not likely. As a result of China’s assurances, WHO issued a January 9 statement and its infamous January 14 tweet, both propagating the false Chinese assurance,” he explained.

“Then Chinese ruler Xi Jinping pressured countries not to impose travel restrictions on arrivals from China while he was locking down, among other places, Wuhan and the surrounding areas of his own country. By locking down China, he was obviously thinking he was stopping the spread of disease. By leaning on other countries not to impose travel restrictions, he knew or had to know that he was spreading the disease. The passengers leaving China turned an epidemic that should have been confined to central China into a global pandemic,” he charged.

He said the only explanation that fits the facts is that XI “maliciously spread COVID-19 to the world.”

Holding China accountable, however, will be a long road, he said.

He said China’s “crimes against humanity” are so horrific that immunity should be removed.

“Beijing’s spread of the coronavirus constituted such a crime. The spread was either deliberate or reckless and in any event Chinese leaders had to know that their unjustifiable acts would result in death around the world. As of this moment, 3,579,000 people have died from COVID-19, including 596,000 Americans. The Chinese regime committed mass murder,” he said.

And technically, the Community Party of China is a political party, not a sovereign, he pointed out.

Two members of Congress also have introduced legislation that would allow families of COVID-19 victims to sue a country that “intentionally misled” the world on the outbreak.

“Punishing China, by seizing its assets, for example, would send a powerful message to Beijing that Washington will not tolerate the killing of Americans. It is absolutely essential that the Biden administration disabuse Chinese leaders of the notion that they can spread the next pathogen, or whatever else they are planning, without cost,” he said.

After all, he noted, “In China’s laboratories, researchers are now cooking up far more deadly pathogens than SARS-CoV-2, including those that would leave the Chinese immune but sicken or kill everyone else.”