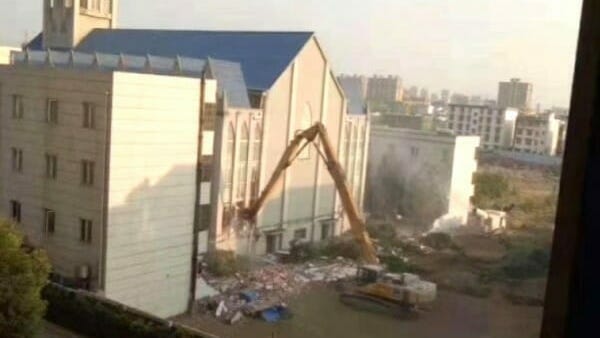 Communist authorities in China have banished religious teachings that fail to teach to believers “socialism and [Chinese Communist Party] directives and [instill] in them the love of the party and socialism.”

A report affirms what many outsiders thought about the repressive regime on the mainland, and comes from the Bitter Winter online magazine that reports on China.

“It is necessary to guide the religious circles to deeply and systematically study the Party’s religious work theories, principles and policies,” the party leaders have insisted.

The report explained pastors of the Three-Self Church, which is authorized by the Communist Party and expected to teach Communism, “have been requested to study new directives on the sinicization of religion.”

The instructions come from Wang Zuo’an, who is deputy minister of the United Front Work Department of the Central Committee of the CCP and the director of the State Administration of Religious Affairs.

The directives were published on March 21, 2022, in the “Study Times,” the organ of the Party School of the Central Committee of the Chinese Communist Party.

“Pastors were clearly told that this is not just a theoretical article, but the directives should be faithfully studied and implemented,” the report confirmed.

Wang said the directives are from dictator Xi Jinping’s speech last December, where he “profoundly” answered questions about religion.

“The key to this work remains ‘sinicization,’ described as ‘a major innovative statement made by General Secretary Xi Jinping on religious work, a major strategic measure to actively guide religion to adapt to socialist society, and a major historical task for the Party’s religious work.’”

The instructions insist that Sinicization is “a science.”

They teach sinicization of faith “conforms to the laws of the survival and development of religions” established by Marx and Engels.

The report explained, “There is no denying that Marx and Engels emphasized that religions have played several ‘negative roles’ in human history. This is especially true, the document says, when foreign religions colonize another country; and in China among the five authorized religions, only Taoism is genuinely Chinese while Buddhism, Islam, Protestantism, and Catholicism have been imported from abroad.”

The teachings insist “Chairman Mao” started the party’s attack on religion and that was furthered by Deng Xiaoping.

The dictates instruct that some elements of faith cannot be sinicized at all, making them “irreformable.”

“Worse, ‘foreign hostile forces and extremist forces use religion to infiltrate and sabotage our country,’ try to ‘lead our religions in a direction that deviates from the path of socialism,’ create ‘chaos’ (recently a favorite word of Xi Jinping), and become part of a ‘political plot to deter China and subvert China,’” the report warns.