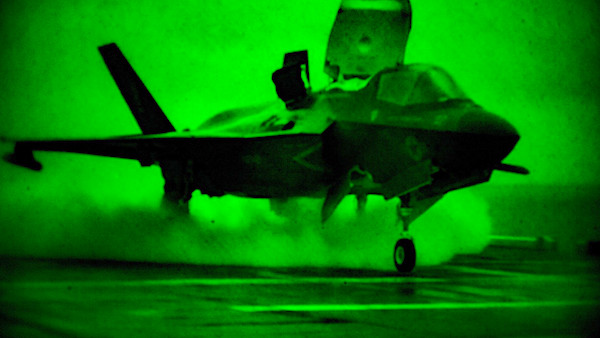 As international tensions continue to rise amid Russia’s invasion of Ukraine, U.S. Secretary of State Antony Blinken said Sunday the United States has given the “green light” to NATO countries looking to send fighter jets to Ukraine, and the Biden administration would work to backfill those needs.

On CBS’ “Face the Nation,” host Margaret Brennan asked Blinken, “If, for instance, the Polish government, a NATO member, wants to send fighter jets, does that get a green light from the U.S.?”

“That gets the green light,” said Blinken, speaking from Moldova, on Ukraine’s southeastern neighbor.

“We’re in very active discussions with them about that. Look, I’ve been in Europe for the last couple of days working closely as always with our allies and partners at NATO, the European Union, the G7 countries, and all of us together are continuing to take steps to increase the pressure on Russia through additional sanctions, all of which are very actively under discussion and will be implemented in the in the coming days, as well as taking further steps to give the Ukrainians what they need to defend themselves against the Russian aggression.”

Brennan asked: “How do you convince Vladimir Putin that this isn’t ultimately about regime change? How do you get him to back down?”

For us, it’s not about regime change,” Blinken responded.

The Russian people have to decide who they want to lead them and look, as I said, the challenge is this: Vladimir Putin continues to press this aggression. That’s why I say I’m afraid this could go on for for some time, but is going to end and it’s going to end with Ukraine prevailing because even as Putin has the capacity, because he can, the manpower, the equipment that he has that he can bring to bear can continue to grind down these incredibly brave and resilient Ukrainians.

“Winning a battle is not the same thing as winning a war. Taking the city is not the same thing as capturing the hearts and minds of Ukrainians. What they’ve demonstrated with extraordinary courage is that they will not be subjugated to Vladimir Putin’s will to and be under Russia’s thumb. So whether that takes another week, another month, another year to play out, it will and I know how this is going to end. But the question is, can we end it sooner rather than later with less suffering than, you know, to going forward? That’s the challenge, and that’s why we’re trying to exert as much pressure as we can on Putin. That’s why we’re trying to do as much as we can for the Ukrainians to make sure that they can defend themselves.”

Thomas-Greenfield also said discussions were still taking place regarding the possibility of U.S. fighter jets being sent to Poland and other NATO countries.