Biden’s public option has been introduced in the Senate, but does it have any chance of passing? 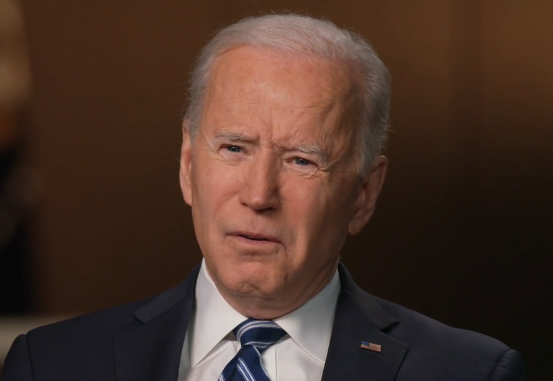 Democrats are planning on jamming whatever they can, including some sort of public option, down the American people’s throats.

On Feb. 17, U.S. Senators Tim Kaine (D-Va.) and Michael Bennet (D-Colo.) introduced the Medicare-X Choice Act, which will turn Medicare into a public option for all Americans who want socialized medicine via a massive expansion of the Affordable Care Act and Medicare.

According to the Kaine-Bennet news release describing the bill, “The Medicare Exchange (Medicare-X) plan would offer families, individuals, and small businesses low-cost health insurance, decrease the number of uninsured Americans, control the cost of health care, and increase competition in the health insurance market.”

In 2020, President Joe Biden ran in part on providing a public option, and so far, the Kaine-Bennet legislation appears as the earliest proposal to be introduced, with more to come.

Since such a sweeping change to law would undoubtedly add to the budget by covering millions of more Americans on Medicare, it would not be passable under budget reconciliation, and thus would be subject to a 60-vote threshold in the U.S. Senate.

But Democrats may be planning to sidestep traditional Senate rules by offering a scaled back version of the public option via budget reconciliation. According to Politco’s Alice Miranda Ollstein and Joanne Kenen’s reporting on March 16: “Democratic aides are managing expectations, noting it would likely have to pass through the process known as reconciliation, which requires just a simple majority vote in both chambers but must adhere to complex budgetary rules. Democrats couldn’t afford a single defection in the Senate… Democratic lawmakers and aides say there’s a real chance the public option could get lumped into a reconciliation package later this year, along with other priorities like boosted infrastructure spending, climate change, immigration and even drug pricing reform. And it’s even more likely to be included if it’s structured as a major cost saver.”

Of the Kaine-Bennet plan, Ollstein and Kenen report, “If Democrats pursue the idea, they’ll have to decide whether they prefer a narrower plan that saves taxpayers money, or a more sweeping one that costs more but covers more people.”

This is highly significant. If Senate Democrats are openly discussing using budget reconciliation to pass a watered down public option, that could mean they have already given up on any plans to do away with the Senate filibuster in order to pass major pieces of legislation.

On the other hand, on March 16, about an hour after the Politico story ran on the same day, Biden advocated changing Senate rules requiring 60 votes in order to advance legislation, telling ABC News’ George Stephanopoulos “democracy is having a hard time functioning.” When asked if he was going to have to choose between “preserving the filibuster, and advancing your agenda,” Biden’s answer was “Yes,” indicating he wanted to bring back the speaking filibuster requiring a Senator to hold the floor in order to block a bill.

That could change the calculation somewhat, or it could just be political posturing for the Democratic base anxious to complete a more robust agenda, including the public option.

Another bill, H.R. 3 — which so far is being held back by House Speaker Nancy Pelosi (D-Calif.) — would make it so that no drug in the U.S. can be more than 1.2 times the price of the volume-weighted average price in six countries. If Democrats structure this into budget reconciliation, that too might skirt traditional Senate rules.

By the looks of it, Democrats are planning on jamming whatever they can, including some sort of public option, down the American people’s throats.

Either way, whether on budget reconciliation or by abolishing the legislative filibuster, all eyes go to Senators Joe Manchin (D-W.Va.) and Kirsten Sinema (D-Ariz.), one of whose votes would be needed to make these radical changes to the nation’s health care laws — and dramatically expand the size and scope of government to include socialized medicine and drug price controls, and there won’t be much Republicans can do to stop it.

This post, Biden’s public option has been introduced in the Senate, but does it have any chance of passing?, was originally published on The Daily Torch and is republished here with permission. Please support their efforts.