Biden's DOJ would have arrested Chauvin if acquitted 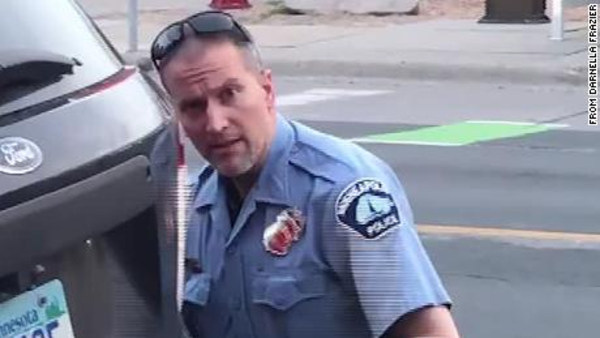 If former Minneapolis police officer Derek Chauvin would have been acquitted on all counts by the jury, President Joe Biden’s Justice Department would arrested him at the courthouse, according to sources.

The Minneapolis Star Tribune reported Justice Department officials had been quietly gathering evidence for months to indict Chauvin on federal police-brutality charges in the death of George Floyd.

The DOJ feared, however, that any attention drawn to the probe could disrupt the state’s case, the paper said.

According to the plan, the Minnesota U.S. Attorney General’s Office would have charged Chauvin by criminal complaint, which is “a quicker alternative for a federal charge that doesn’t require a grand jury,” the Star Tribune said.

The news follows Minnesota Attorney General Keith Ellison acknowledging Sunday that prosecutors had no evidence that race played a role in the death of George Floyd, as WND reported

“We don’t have any evidence that Derek Chauvin factored in George Floyd’s race as he did what he did,” Ellison said.

Nevertheless, as author WND columnist and author Jack Cashill noted, President Biden made up his mind, even before the jury did, that it was “a murder in the full light of day.”

But Cashill said Biden should ask himself a fundamental question: “How exactly did a city with a liberal mayor and a black police chief in a state with a liberal governor and a black liberal attorney general breed a crew of racist killers, three of whom are non-white?”

Cashill carefully went through undisputed facts in the case that conflict with the verdict.

“In the final analysis,” however, he wrote, it mattered little what any witness said.

Cashill cited the alternate juror in the trial who told local media, “I did not want to go through rioting and destruction again, and I was concerned about people coming to my house if they were not happy with the verdict.”

Remarkably, he pointed out, in its coverage of the juror’s interview, the New York Times did not mention her fears.

“Legitimately frightened and deeply propagandized, the jurors found Chauvin guilty on all counts with unseemly speed,” Cashill wrote. “In their haste, they called to mind Justice Oliver Wendell Holmes’s caution about Leo Frank’s Atlanta trial a century earlier, ‘Mob law does not become due process of law by securing the assent of a terrorized jury.’”

Cashill contended that to “justify $2 billion of damages and dozens of lives lost, the Democrat-media complex needed a cause as epic as the damage.”

“The State and its allies had to overcharge all four of the officers. They had to turn Chauvin from a veteran cop, who may or may not have made an error of judgment in the final moments of Floyd’s life, into a villain,” he wrote. “They had to turn the career criminal George Floyd into a secular saint. And, finally, they had to elevate an unintentional death into a racist murder.

Cashill concluded: “If there was “stain on a nation’s soul, Joe, it was the trial.”

‘The knee on the neck of justice’

As WND reported, while the death of George Floyd has become the impetus for all kinds of measures to address “systemic racism” in America, prosecutors never accused Chauvin of racial animus.

Biden is urging the Senate to pass the George Floyd Justice in Policing Act, saying after the verdict that he wants to “sign it into law as quickly as possible.” The law would eliminate qualified immunity for police officers; ban chokeholds and no-knock warrants; end “racial and religious profiling”; and establish a national database of police misconduct.

But Rep. Byron Donalds, R-Fla., said in a Fox News interview it was “disgusting” that Democrats “were poised to use the verdict to springboard to the thing they really want, which is passing their agenda.”

The Biden Justice Department has announced it has opened a civil investigation of “systemic” issues in the Minneapolis Police Department.