Biden's China outreach slammed as another 'debacle in the making' 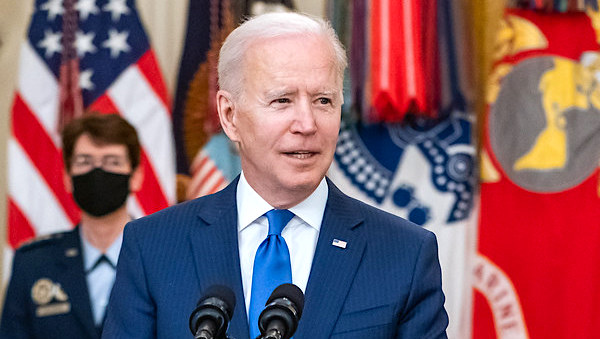 China expert Gordon Chang is warning that President Biden’s newest insistence on more outreach to China is yet a new “debacle in the making.”

The actual details on Biden’s links to China likely haven’t been fully revealed, but reports have confirmed his son, Hunter, has had and still enjoys financial ties to entities with strong China connections.

In fact, one report has documented that one of those deals set aside 10% for the “big guy,” who was identified by another participant in the arrangement as Joe Biden.

Now Chang, the author of “The Coming Collapse of China” and a Gatestone Institute distinguished senior fellow, has written at the Gatestone site that National Security Advisor Jake Sullivan revealed Biden desires more “engaging” with China.

It was just days ago Biden confirmed that.

“Soon enough, we will sit down to work out the right modality for the two presidents to engage,” Sullivan said. “It’s now just a question of when and how.”

But Chang noted that the U.S. and China already are “engaged,” as Sullivan and Secretary of State Antony Blinken sat down with China’s top two diplomats, Politburo member Yang Jiechi and Foreign Minister Wang Yi, in Anchorage last winter.

But the Chinese officials came only to “rant, lecture, and humiliate” and Blinken and Sullivan “should have sent [them] packing,” he explained.

“China, it is evident, is now in no mood for substantive discussions, other than, of course, for the purpose of accepting America’s surrender,” he noted.

While Biden insists “personal diplomacy” ultimately will be the best route, Chang charges, “That view is naïve, arrogant, and almost always incorrect. Chinese leaders of the communist variety often talk of ‘friendship’ but are ruthlessly pragmatic, and often just ruthless. For them, personal feelings have no value in relations with other states.”

Such “incessant pursuit of Beijing makes America,” as the Chinese see it, an “easy mark.”

He explained, “As Charles Burton of the Ottawa-based Macdonald-Laurier Institute tells Gatestone, Beijing always presses the advantage with the feeble-looking. After all, he says, Chinese officials took Canadian hostages, known as ‘the two Michaels,’ in December 2018 and have held them since because they knew Prime Minister Justin Trudeau would do nothing about it. The Chinese believed Trudeau would do nothing because he had spent his career desperately trying to court China.”

Burton said, “The more Canada has shown weakness by appeasing and making concessions to China’s integrated party-state-military-security-industrial complex, the more emboldened Chinese leaders have become in dealing with Ottawa.”

Other issues that are obstacles, he said, including the fact China is “the world’s most prolific executioner,” and it engages in genocide and crimes against humanity.

How about the fact, he said, the regime “deliberately spread a virus beyond its borders and killed, at last count, 3.9 million people worldwide, including 602,000 Americans?”

There now are reports that a defector from China gave evidence that Chinese military experts are researching viruses at Wuhan.

“If the reports … are accurate, Biden should be now talking about imposing the most severe costs on China, not chasing after Xi Jinping to begin a conversation,” Chang wrote.