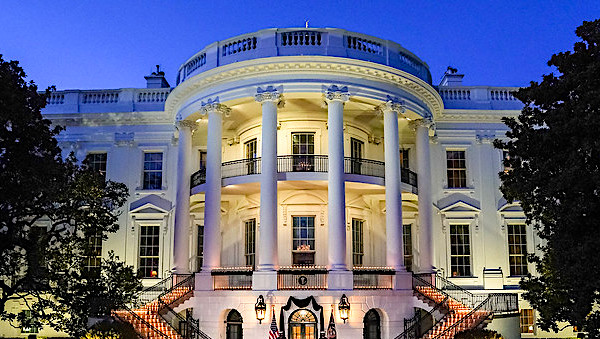 EEOC lawyer Sharon Gustafson, appointed in 2019 for a term scheduled to end in 2023, was told to resign. She refused, so Biden immediately fired her.

BizPacReview reported the Biden administration dismissed Gustafson allegedly because they regarded her as “anti-LGBTQ.”

Democrats propose to resolve that conflict through the Equality Act, which would prioritize LGBT rights over First Amendment’s protections of free speech and the exercise of religion.

In her response to Biden’s order to resign, she pointed out that information about her efforts to promote religious freedom were removed from the web immediately upon Biden’s inauguration.

“I can only assume that my resignation would be followed by similar suppression of our work promoting religious freedom,” she wrote.

Gustafson explained: “During my term, I established a Religious Discrimination Work Group that hosted a series of Listening Sessions in which a diverse group of representatives – including Christians, Hindus, Jews, Muslims, and Sikhs – recommended ways the EEOC could improve its response to employees who experience religious discrimination.

“The Work Group built on a 2016 initiative of the Obama-Biden White House and Department of Justice to promote religious freedom and combat religious discrimination.”

She said her report was published on the EEOC’s website in January, but shortly after Biden took office, “the report and press release were removed.”

A podcast on religious discrimination also was removed, she said.

“I can only assume that my resignation would be followed by similar suppression of our work promoting religious freedom,” she said.

Gustafson said she didn’t know who demanded her removal, but “please be aware that there are those who oppose my advocacy on behalf of employees who experience religious discrimination and on behalf of constitutional and statutory protections for religious entities.”

The EEOC and NLRB are independent agencies within the executive branch, and Gustafson’s termination could have legal as well as political implications, Bloomberg Law explained.

“After Biden sacked Robb at the NLRB, employers challenged the board’s prosecutorial power, alleging the administration lacked the legal authority to terminate him prior to the end of his term.”

…telling evidence of what “unity” actually means to this President and his Administration. In his inaugural address, the President said, “The right to dissent peaceably, within the guardrails of our Republic, is perhaps our nation’s greatest strength.”

In the days leading up to the President’s decision to fire Ms. Gustafson, a report and related materials dealing with religious discrimination were removed from the EEOC’s website shortly after inauguration.

I argued in my letter that calls for unity “cannot come at the expense of diversity” and that we “must find a way to be unified despite strongly held disagreements, not unified through uniformity.”

Gustafson criticized the White House for turning what should be a bipartisan agency into a partisan battlefield.

“Civil rights is a bipartisan issue, and all the statutes I enforce as general counsel were passed with bipartisan support. Congress deliberately created the EEOC as a bipartisan entity – with commissioners from both parties who have staggered 5-year terms of office that straddle presidential elections – and manifested the intention that the agency have a measure of political independence,” she said.

Rep. Virginia Foxx, R-N.C., said: “This is a pattern. President Biden calls for the end to ‘partisan warfare,’ only to turn around and demand that Senate-confirmed officials resign so he can make room for his left-wing friends.

Foxx said Biden “should take a note from General Counsel Gustafson, who stuck to her commitment and refused to cave to partisan pressure.”

“This unprecedented firing of an honorable public official which occurred just hours after she was asked to resign is unwarranted and should be immediately rescinded,” she said.