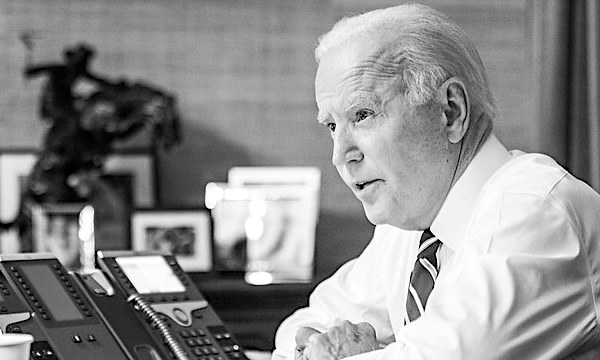 Just like a politician, Joe Biden appears to be about to get what he wanted, but still isn’t happy.

That’s after a draft decision from the U.S. Supreme Court was leaked to a reporter that would overturn Roe v. Wade and give the regulation of abortion back to individual states.

Already, about half of the nation has plans in place to put serious restrictions on the practice of killing the unborn if Roe is canceled.

So Biden, after the passage of time since his earlier demand, said Tuesday that overturning Roe now would be wrong because “I believe that a woman’s right to choose is fundamental.”

“Roe has been the law of the land for almost fifty years, and basic fairness and the stability of our law demand that it not be overturned,” he said.

Of course, basic fairness and “the stability of our law” do not need to be supported by a bad precedent, and the draft ruling from the court, which is not yet final, explains that Roe was wrong – badly wrong – from its start.

Biden also warned if Roe is rejected, “It will fall on our nations elected officials at all levels of government to protect a woman’s right to choose. And it will fall on voters to elect pro-choice officials this November.

Of course, that’s only if those voters are promoters of abortion. Those who are in the pro-life camp would not be interested in protecting a woman’s right to abort her “child,” as Biden confirmed on Tuesday.

The Gateway Pundit reported it actually was Biden who voted many years ago to overturn Roe and let states handle abortion regulation.

It was back in the 1980s, shortly after Biden first moved lock, stock and barrel into the Senate, when social conservatives pushed for a constitutional amendment to allow individual states to overturn Roe v. Wade, the report said.

“The amendment — which the National Abortion Rights Action League called ‘the most devastating attack yet on abortion rights’ — cleared a key hurdle in the Senate Judiciary Committee in March 1982. Support came not only from Republicans but from a 39-year-old, second-term Democrat: Joseph R. Biden Jr.,” the New York Times earlier reported.

The report said, “The bill never made it to the full Senate, and when it came back up the following year, Mr. Biden voted against it. His back-and-forth over abortion would become a hallmark of his political career.”

His perspective at that time, as a 30-year-old practicing Catholic – he still claims to be a Catholic even while supporting the most egregious of abortion practices – was that he found the Supreme Court had gone too far on abortion rights with Roe.

“He told an interviewer the following year that a woman shouldn’t have the ‘sole right to say what should happen to her body.’ By the time he left the vice president’s mansion in early 2017, he was a 74-year-old who argued a far different view: that government doesn’t have ‘a right to tell other people that women, they can’t control their body,’ as he put it in 2012,” the report explained.

Reports confirm that Biden’s perspective on abortion, over the years, has been erratic at best.