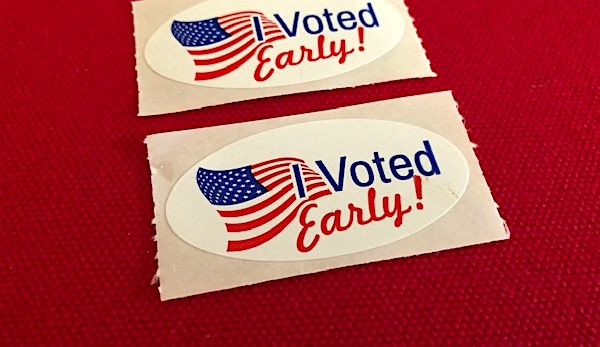 Joe Biden’s campaign for his party’s plan to take over elections all across the country – requiring mail ballots, banning voter ID and the like – is in full swing.

Even though his agenda appears stalled in Congress, on the Martin Luther King Jr. Day holiday he declared to the nation any procedure that conflicts with the Democrats’ agenda is an “assault on our freedom to vote,” especially for minorities.

But his comments were in direct conflict with the facts, again.

A report from John Solomon at Just the News explained that a poll only days earlier in Michigan showed three-quarters of the battleground state’s voters want ballot ID.

Black voters had the highest level of support on that question, at 79%.

The report explained that result has been confirmed in a number of national polls, too, “exposing a dilemma for Democrats in Washington who are making a last-ditch effort to pass legislation gutting many state and local controls of elections in favor of federal standards.”

The report explained those partisan plans by Democrats, “like banning voter IDs, imposing no excuse absentee voting and making it harder to clean outdated voter rolls,” are in opposition to what most Americans want.

“A recent national survey found that four key election reforms are supported by more than 80% of voters,” pollster Scott Rasmussen explained in a recent article.

“These include removing people who have died or moved from voter registration lists; requiring all voters to show photo ID before casting a ballot; wanting all ballots received by Election Day; and, having all voting machines made in the United States.”

In Rasmussen’s most recent question on the issue, 78% of African-American voters supported voter ID, meaning the Democrats’ claim that their changes are needed to be fair to minorities isn’t accurate.

But Biden continues to argue that cleaning outdated names from voter lists and requiring IDs to vote are “obstacles to the ballot box.”

The disconnect between the reality of the nation’s opinions and Biden’s messaging “may also help to explain why several centrist Democrats like Sens. Joe Manchin of West Virginia, Jon Tester of Montana, and Kyrsten Sinema and Mark Kelly of Arizona are resisting efforts to change the Senate’s filibuster rule so that Democratic voting legislation can pass with a simple majority and not the 60 votes currently required,” the report explained.

Ken Blackwell, a former Ohio secretary of state, told the publication, “Elections take place at the local level, in a decentralized way, because, number one, that is where you have transparency, that’s where you have familiarity.”

The Democrat messaging on the issue, and other partisan fights like defunding police, actually are being delivered by a small group of elitists, Robert Woodson, a civil rights icon of the 1960s, told Just the News.

Noting the minority support for ID, he said, “And so it’s really a small percentage of elites, both black and white progressives, who are pushing this fake narrative.”