Biden Unveils Socialist Agenda, where is outrage, or at least concern? 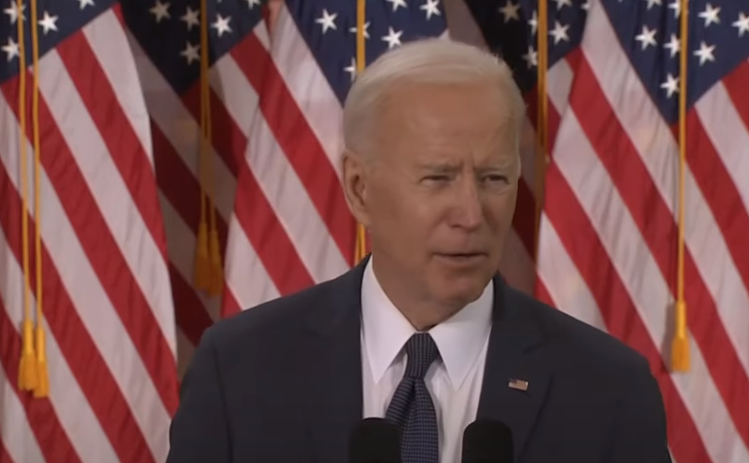 “These are not the droids you are looking for. You can move along.” This is not the socialism you are expecting. This is just a “paradigm shift.”

An article in Tuesday’s Wall Street Journal dressed itself as an objective report on Biden’s shift to using the government as the major driver of economic growth. Trillions of dollars for infrastructure, selectively advantaging preferred industries, more regulation, and higher taxes — but don’t worry, it’s simply shifting away from Reagan’s notion that the government is not the solution, but rather the problem.

According to the Wall Street Journal:

It all marks a major turning point for economic policy. The gamble underlying the agenda is a belief that government can be a primary driver for growth. It’s an attempt to recalibrate assumptions that have shaped economic policy of both parties since the 1980s: that the public sector is inherently less efficient than the private, and bureaucrats should generally defer to markets.

The first clue to their shallow understanding is that the authors appear to believe the world began in the 1980s. They do eventually note that this is the first time since perhaps as far back as the 1920s that Democrats have been able to push for the big government solution unconstrained by Mr. Reagan’s admonition.

To progressives’ disappointment, back then people remembered the double-digit inflation of the Carter years, so Clinton was forced to give lip service to balancing the budget. Obama managed a government takeover of a huge segment of the American economy with his Obamacare, although even that was a disappointment as it was managed through private insurers.

Then came the 2008-09 “financial crisis.” People quickly forgot that that crisis was precipitated by the Leftist push to expand homeownership which led to overextending lending. (The WSJ writers don’t even refer to that as the “housing crisis” as it was known at the time.)

Somehow during the Trump Administration strong economic growth and record low unemployment became a “crisis” of inequality. The Left decried tax cuts because those who actually paid taxes benefited more than the bottom rung wage earners who were effectively at zero tax rates before Trump’s tax cuts. Wages grew more at lower levels than at higher wage levels, minority unemployment reached record low rates, and the economy was growing at rates proclaimed as impossible to achieve again by officials of the Obama Administration.

The COVID-19 pandemic response turned the economy on its head and opened the door for panicked claims that the free market economic model must be abandoned. Government mandates at national, state, and local levels shut down the economy and exacerbated divergence in opportunities.

So many of President Reagan’s quotations about the government are more true now than ever. Government is not a solution to our problems; government is the problem.

Not willing to let a crisis go to waste, Mr. Biden sees this as the perfect opportunity to declare the laws of economics invalid. His Treasury Secretary Janet Yellen backed up his belief that the “how the economy works” has shifted.

So, this is not merely a move away from a cleverly phrased policy of some long dead Republican. President Biden has announced the first phase of a total restructuring of the American economy including multiple social engineering goals. Government spending will be the driver of economic growth.

This, my friends, is socialism. The word is never used in the WSJ article, and few people seem alarmed about Mr. Biden’s announcement this week unveiling his massive new spending bill. Nonetheless, it marks the beginning. These are the droids you have been looking for since the election.

No one seems to be willing to say it, but the Biden Administration, excuse me, Biden-Harris, is implementing socialism here and now. They are taking over effective control of industries and placing the federal government in the role of primary driver of the economy. This is no simple paradigm shift or recalibrated assumptions, even if the moderates at the Wall Street Journal are selling it as such. This is socialism. Elections do matter.

Sheryl Kaufman is a retired corporate Chief Economist and Americans for Limited Government Board Member.

This post, Biden Unveils Socialist Agenda, where is outrage, or at least concern?, was originally published on The Daily Torch and is republished here with permission. Please support their efforts.