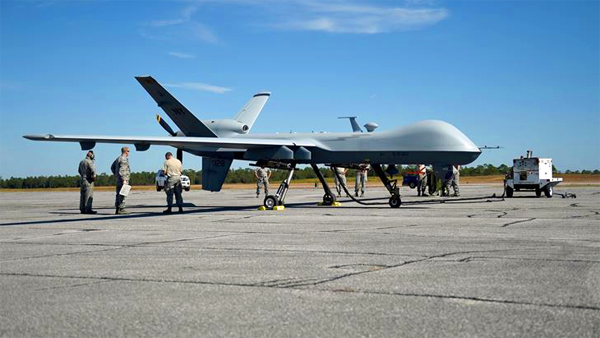 Joe Biden is taking a victory lap over his orders for a military drone strike that killed al-Qaida leader Ayman al-Zawahiri.

But he was singing a different tune when it was President Trump giving the orders – and the military operation took out terror leader Iranian Gen. Qassem Soleimani.

The report from Fox News also pointed out that Biden had opposed the mission, under Barack Obama, in which Osama bin Laden was tracked down and killed in Pakistan.

Biden said, after al-Zawahiri, 71, was killed during a precision drone strike in Afghanistan, “To those around the world who continue to seek to harm the United States, hear me now: We will always remain vigilant, and we will act. And we will always do what is necessary to ensure the safety and security of Americans at home and around the globe.”

But the report said Biden’s boasts were in sharp contrast to his earlier statements.

“While running for the White House in 2020, in particular, Biden lambasted former President Trump for ordering the assassination of Iranian Gen. Qassem Soleimani,” the Fox report explained.

Biden charged, “No American will mourn Qassem Soleimani’s passing. He deserved to be brought to justice for his crimes against American troops and thousands of innocents throughout the region. He supported terror and sowed chaos. None of that negates the fact that this is a hugely escalatory move in an already dangerous region.”

“The administration’s statement says that its goal is to deter a future attack by Iran, but this action almost certainly will have the opposite effect. President Trump just tossed a stick of dynamite into a tinderbox, and he owes the American people an explanation of the strategy and plan to keep safe our troops and embassy personnel, our people and our interests, both here at home and abroad, and our partners through the region and beyond,” Biden claimed.

Like al-Zawahiri, Soleimani was killed in a drone strike carried out by the U.S.

The report said Biden also had “reservations” about the American raid that took out bin Laden, considered the mastermind behind the atrocities of 9/11.

“Joe weighed in against the raid, arguing that given the enormous consequences of failure, I should defer any decision until the intelligence community was more certain that bin Laden was in the compound,” Obama said when he wrote a book several years ago.