Biden gets scolded for not paying 'fair share' in taxes 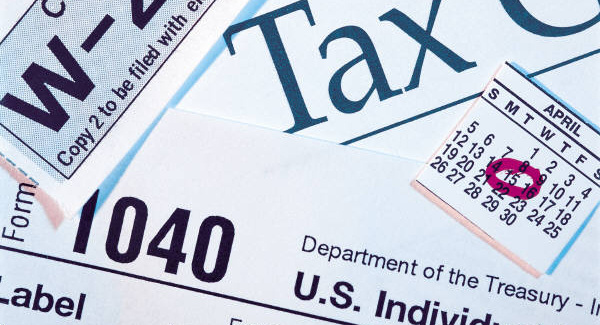 President Biden was scolded this week in a commentary at the Federalist for not paying his “fair share” of taxes, a phrase that he has used over and over in recent weeks as he promotes his plans to raise taxes across the United States by massive amounts.

“With his own taxes, Joe Biden didn’t pay his ‘fair share,’” explains columnist Christopher Jacobs. “Upon leaving the vice presidency in early 2017, he and his wife Jill exploited a tax loophole of questionable legality to dodge hundreds of thousands of dollars in taxes – and used the savings to fund lavish real estate holdings.”

The column cited how Biden, in a recent speech to Congress as well as in his “multi-trillion-dollar plan for ‘human infrastructure,’” proposed yet another tax increase.

“In his address … Biden used the words ‘fair share’ on no fewer than five separate occasions to justify these proposed revenue hikes,” the column noted.

But it pointed out Biden, personally, “avoided more than $500,000 in taxes to fund his luxury lifestyle” while demanding that others “pay their fair share.”

The column reported from 2017 through 2019 the Bidens “classified a total of $13.5 million in book and speech income as profits from their two corporations, rather than as cash wages.”

That means they avoided “paying $513,540 in payroll taxes on their $13.5 million in declared corporate profits.”

He noted at the same time that the Bidens were “dodging” taxes, they spent more than $2.7 million for a beach house.

“At the time, Biden told a local paper the move fulfilled a lifelong dream to own a beach house.”

And, too, Biden then was renting a separate residence that was estimated to cost about $20,000 per month. That “house” got Biden nearly 12,000 square of space, a grand piano in the living room, a sauna and home gym, and parking for 20-plus cars.

“Given his behavior, President Biden’s speech last week sounded a bit rich – not in terms of wealth, but his own hypocrisy,” the column scolded.

It isn’t the first time Biden’s tax avoidance has been an issue.

Just weeks ago, WND reported on a letter from Rep. Jim Banks, R-Ind., the chairman of the Republican Study Committee, to Biden asking him if he would make good on the taxes owed.

The letter cited the Bidens’ decision to route $13 million in income through two S-corporations “to avoid paying some $500,000 in taxes that help fund Medicare and Obamacare.”

“Do you intend to undo your hypocrisy and pay these taxes back to the American people?” Banks asked.

“We write to highlight for the American people the hypocrisy you have exhibited in using a tax shelter strategy derided by the Left to avoid paying Obamacare taxes,” Banks said. “Over the past several years, you and the First Lady, through a legally dubious tax strategy, appear to have avoided payment of over $500,000 in payroll taxes. As you may know, these payroll taxes fund Medicare for our nation’s seniors, and were increased by President Obama’s Affordable Care Act.”

Banks said media reports “indicate that you both directed revenue from book royalties and speaking appearance fees into these two corporations, avoiding self-employment payroll tax liabilities that would have flowed to America’s Medicare program that provides care to over 60 million seniors.”

The letter cited a tax expert saying there’s “no reason for these [earnings] to be in an S-corp – none, other than to save on self-employment tax.”

“Accordingly, we ask one simple question: Do you intend to undo your hypocrisy and pay these funds back to the American people?”

Biden’s two S-corporations, CelticCapri Corp. and Giacoppa Corp., reported profits of more than $13 million for 2017 and 2018, according to reports.

But during his Democratic National Convention acceptance speech last August, Biden called for “ending loopholes” for the wealthy.

“Because we don’t need a tax code that rewards wealth more than it rewards work. I’m not looking to punish anyone,” he said at the time. “Far from it. But it’s long past time the wealthiest people and the biggest corporations in this country paid their fair share.”