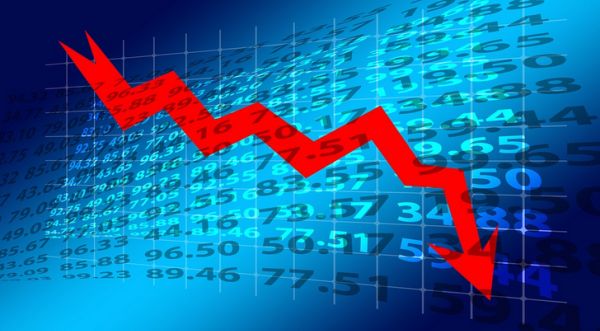 Joe Biden has steered the American economy into the worst quarter since the COVID-19 pandemic was full-blown, and was being cited as the reason for governments literally ordering businesses to shut down.

A report from Fox Business said the economy shrank 1.4% in the first quarter, prompting Harvard University professor Kenneth Rogoff, a former chief economist at the International Monetary Fund, to warn that was “even below the worst” he expected.

Most of those factors can be traced back to Biden’s policies that have come out of the White House.

The Commerce Department reported the gross domestic product, a broad measure of goods and services, fell by 1.4% on an annualized basis in the three-month period January through March.

Economists had expected, instead, growth of 1.1% and the report charged it was the “worst performance” since spring of 2020 when the U.S. economy was under assault from not only the COVID-19 pandemic and the deaths of thousands but widespread government orders that businesses close, schools go to remote teaching and even churches close their doors.

Chris Zaccarelli, of Independent Adviser Alliance, told Fox Business, “Today’s shock drop in GDP is a wake-up call that the economy isn’t as strong as we all thought. It’s possible that GDP gets revised higher next month, as this is just the first release and there will be two revisions, but it is a warning sign.”

The report continued, “The substantial downturn stems from a widening trade deficit, with the U.S. importing far more than it exported, and a slower pace of inventory investment by businesses in the first quarter.”

The report on Biden’s economic accomplishments, or lack, added to the concern that a recession could be looming under Biden’s presidency – triggered by soaring inflation and Federal Reserve plans to surge interest rates.

The organization boosted interest rates by a quarter point last month and now are talking about hikes of half-point at a time.

MSN attempted to describe the situation as the U.S. economy contracting “for the first time since the early days of the pandemic as historic inflation crashed into the otherwise strong recovery.”

It’s that inflation, under Biden’s agenda, that has surged to levels approaching 9% across the nation, and critical individual category costs for consumers, like gasoline for cars in which they commute to their jobs, have exploded by more than a dollar per gallon.

MSN warned the numbers underscore “the bumpier path ahead for the country’s rebound. On one hand, the first months of 2022 saw the omicron wave crest and then quickly ease. Daily virus infections hit their lowest levels since the summer in March, and while case counts have trended slightly upward, they remain well below the highs seen during the second half of last year.”

But it continued, “But while the coronavirus’s threat has largely faded, inflation took its place as the economy’s biggest downside risk. Price growth accelerated to a year-over-year pace of 8.5% in March, marking the fastest inflation since 1981 and a sizeable pickup from the rate seen at the end of 2021.”