Biden and Harris 'incompetent'? See how many Americans think so 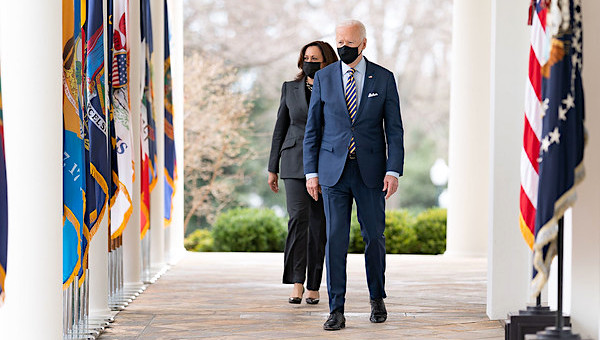 It’s no secret to anyone that many Americans disapprove of Joe Biden’s performance in office, as well as the work attempted by Kamala Harris.

Neither is it a secret that, based on his behavior that some consider indications of dementia, many would like Biden to take a cognitive test and release the results.

But now a new poll from McLaughlin & Associates reveals that six of 10 Americans think either Biden or Harris – or both – are “incompetent.”

The pollster explained in an analysis at Newsmax, “This means six in 10 voters view either our president, the vice president or both as incompetent. This is a very disturbing result at a time when inflation is rampant and war is threatening the world.”

Further, the polling shows that Americans are backing a brain test for House Speaker Nancy Pelosi, an octogenarian, too.

Paul Bedard in his Washington Secrets column noted it was a “growing sign of voter concern about the cognitive abilities of the nation’s elderly leadership.”

He continued, “The results follow a series of apparent mental flubs by the 79-year-old president, the latest being a flip, flop, flip on calling for the ouster of Russian President Vladimir Putin. Yesterday, his staff wrote him a notecard titled ‘Tough Putin Q&A Talking Points.’”

Fifty-eight percent said Biden should take a cognitive test and release the results.

The polling revealed virtually no bright spot for the Biden administration. Sixty-five percent say the nation is on the wrong track; only 29% said it is the right direction. Republicans draw 48% of the support in a generic ballot for Congress, to the Democrats’ 44%.

The polling also revealed a huge reversal – about the time Biden launched his campaign – and COVID-19 hit – in those who believe the nation is in recession. Before that time, under President Trump’s tenure, nearly 70% said there was no recession. Currently 53% say there is. And worse is the 70% who say the economy is getting worse now.

And a full 55% said Biden won’t even last to the end of his elected term.

Majorities also blame Biden more than Vladimir Putin for surging gas prices, and 68% said American should be expanding its oil and gas industry.

IMPORTANT NOTE: The latest issue of WND’s critically acclaimed Whistleblower magazine (available in both print and digital versions) insightfully explores the rapidly growing runaway inflation being visited upon America by the Biden administration, and is titled “THE LOOTING OF AMERICA: How the elites are robbing everyone else through runaway inflation and skyrocketing prices.”