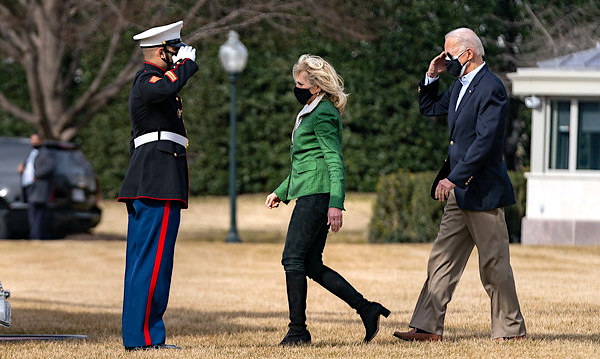 The Biden administration can’t claim that the crisis on the nation’s southern border wasn’t expected, because the administration planned it, contends Fox Nation host Lara Logan.

Earlier Wednesday, Southern Border Coordinator Roberta Jacobson perhaps inadvertently confirmed that the flood of illegal aliens is because of the changes Biden made to U.S. policy when he took office.

Jacobson admitted at a White House news conference it was not a “coincidence” that the border surge erupted after Biden was elected.

She explained that the surge of illegal immigrants are because of “hope, and there was significant hope for a more humane policy after four years of pent-up demand.”

Jacobson concurred with the “idea that a more humane policy” than the previous administration’s “may have driven people to make that decision.”

She also acknowledged “it definitely drove smugglers to express disinformation, spread disinformation about what was now possible.”

Biden, upon taking office, canceled numerous border protection policies and programs implemented by former President Trump, such as further work on a border wall. The new president curbed efforts to deport illegal aliens, including those who have been convicted of sex crimes.

Logan noted that a record influx of drugs has accompanied the flood of illegal aliens.

At the White House on Wednesday, Jacobson said the administration is working on both policies and messaging.

She said the administration plans to spend $4 billion of American taxpayer funds on foreign assistance.

Biden has shut down the Migrant Protection Protocols negotiated with Central American countries, which kept migrants south of the border while waiting for their hearings. It has also narrowed Immigration and Customs Enforcement priorities for arrests and deportations.

Jacobson insisted the border is “not open,” even though multiple programs such as highway checkpoints that restricted access to the U.S. have been dropped.

Troy Miller of Customs and Border Protection said Wednesday that border crossings spiked by 28% last month to more than 100,400 people. And the number of unaccompanied children stopped along the border has tripled in the last two weeks.

Texas officials have been forced to deploy 500 National Guard troops to help enforce the border restrictions because of a gap in federal protection. And children arriving alone already filled facilities the Democrats called “cages” under President Trump’s administration.

“When you look at the issue of mixed messages, it is difficult at times to convey both hope in the future and the danger that is now,” she said.

The New York Post noted that since taking office, Biden has tried to present his approach as more “humane” than the stringent immigration policies of Trump.