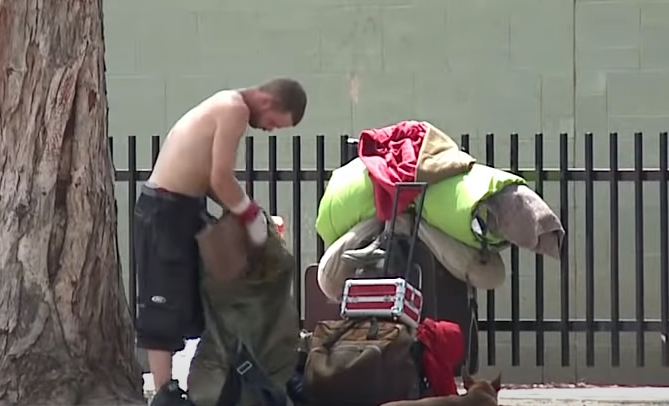 We are giving a substantial amount to house people who have never contributed to our society while overlooking our illustrious heroes, our veterans.

Immigration to the United States has had a long history of aspiration, especially when it comes to the those born in the bordering country of Mexico. Mexicans have historically sought out a better life for themselves and their families in the United States, whether it was during the Mexican Revolution or the Cristero Revolt in the late 1920s. Poverty, unemployment, religion, and political persecution have continued to push Mexicans northward to our homeland despite the increasing restrictions on the border. Mexico’s émigrés have evolved from families to single mothers seeking a better life for their children, to the current unsupervised children infiltrating the United States border – illegally during an epidemic.

To control the illegal infiltration of Mexicans to the US, our previous administration successfully complete 452 miles of wall barriers with its vast majority being a restoration from previous administrations. The infamous ‘Trump Wall’ became a topic of controversy, especially during the months leading to election day. The new administration’s ease on border control, among a plethora of other related issues has given rise to the crisis. Its latest announcement has many questioning the sanity of the Biden administration in awarding the U.S. Immigration and Custom Enforcement with an $86 million contract to secure rooms for illegal immigrants. While many legal immigrants are baffled and rightfully unsettled with the news, most question the choice in the allocation of such a substantial amount to house those who have never contributed to our society while overlooking our illustrious heroes, our veterans.

Regardless of there being so many government funded programs that support our veterans, from VA hospitals across the US to VA outpatient clinics, set in place to aid those with mental illness, the imbalanced ratio of case workers and soldiers has led many of our veteran soldiers to fall through the cracks and find themselves easing their pain with alcohol, drugs and even suicide.

The funding to help soldiers has become stretched, leaving many to become socially isolated with lack of support networks. Over 11,000 veterans were living in the streets in the state of California during 2020 alone, and the homeless veteran influx of numbers continues to rise daily. Another troublesome statistic is that US veterans are 50% more likely to suffer from PTSD and lose their homes, their jobs, and their families than other Americans. This is due to their lack of support, especially once they have returned home from any menacing duty. Lest we forget, these Americans    have served our country, contributed to society, and risked their lives during the process.

Despite retaliation, President Biden has appointed Vice President Kamala Harris to oversee the border crisis. The announcement came on the 24th of March, 21 and regardless of her professional accomplishments, her liberal stance on immigration comes through in her latest statement ‘While we are clear that people should not come to the border now, we also understand that we will enforce the law and that we also — because we can chew gum and walk at the same time — must address the root causes that cause people to make the trek, as the president has described, to come here.”

It is a known fact that there are challenges with border patrol during this crisis, especially with the increasing number of immigrants being under aged children, detained on the border without any legal guardian supervision, forcing the current administration to scramble with housing alternatives. Among the myriad of challenges, some of these children have tested positive for COVID and have no legal guardian in place to ensure their wellbeing or oversee the prevention of the spread of the disease. The underage immigration crisis has escalated the problematic results, despite the number of undocumented Mexicans falling by 1.8 million in the last 11 years.

We must remember that the current problem is not necessarily that Mexicans are seeking a better life by entering the US, but most Mexicans are falsely claiming exile, and the problem lies on the bar being set so low. Let us reiterate that these immigrants are entering our country, not being tested for COVID, in the state of Texas where mask restrictions have been lifted. These immigrants are now able to infiltrate the state and apply for citizenship. This is a window of opportunity for illegal immigrants, especially considering the latest accord.

While these are serious considerations, is a collective $86 million dollars of taxpayer’s hard- earned income wisely spent when it is solely allocated to support illegal immigration? Be the judge.

Gary S. Goldman is the nationally recognized host of “Business, Politics, & Lifestyles” a weekly talk show airing on WCRN 830 in Metro Boston MA and throughout New England. He is the author of My Big Mouth and The Ugly Truth: Taking the Stress out of Opinions VS Fact.

This post, Biden administration awards ICE $86 million contract to house illegal aliens, what about our homeless veterans?, was originally published on The Daily Torch and is republished here with permission. Please support their efforts.