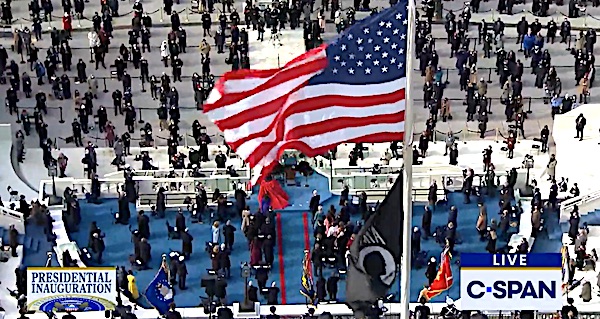 Lawyers typically are required to join and pay dues to state bar associations to practice law.

The objective is to assure the public of a competent and honest legal profession.

But a case now is advancing to trial on whether lawyers can be required to fund a bar association’s political agenda, reports the Goldwater Institute.

The 9th U.S. Circuit Court of Appeals has, in a unanimous decision, given permission for the case to proceed to trial.

The complaint was filed by lawyers who object to “being forced to join the [Oregon] association and fund its political oriented publications.”

“But the Court of Appeals … reversed that decision, holding that the question of whether the government can force lawyers to join bar associations that engage in political and ideological speech that isn’t related to regulating the practice of law—is ‘an issue that neither the Supreme Court nor we have ever addressed,’” the the Goldwater Institute said.

“Forcing lawyers to join bar associations has been controversial for decades. In a 1961 case called Lathrop, the Supreme Court was so sharply divided on the question that the justices failed to publish a majority opinion. Four of them declared mandatory bar membership was constitutional, but did so by relying on cases that said it was constitutional to force people to join labor unions—a position the Supreme Court later abandoned. Thirty years later, in a case called Keller, the Court again failed to answer whether lawyers can be forced to join bar associations that engage in political and ideological activities that aren’t related to regulating the practice of law or improving the quality of legal services,” the institute explained.

Still, most states demand that lawyers join associations and fund their agendas, even if they disagree with them.

“Bar associations often take political positions that lawyers disagree with and don’t want to be forced to fund (to the tune of several hundred dollars a year). The First Amendment protects a person’s right to associate—or not to associate—yet state bar associations often disregard this right entirely, using mandatory dues to fund partisan political activities,” the institute said.

The Oregon bar often “publishes partisan statements in its monthly Bulletin—and does so with money taken from lawyers against their will.”

The 9th Circuit ruling said: “The First Amendment protects the basic right to freely associate for expressive purposes; correspondingly, ‘the right to eschew association for expressive purposes is likewise protected.’ Freedom from compelled association protects two inverse yet equally important interests. First, it shields individuals from being forced to ‘confess by word or act their faith’ in a prescriptive orthodoxy or ‘matters of opinion’ they do not share. Second, because ‘effective advocacy of both public and private points of view, particularly controversial ones, is undeniably enhanced by group association,’ freedom from compelled association checks the power of ‘officials, high or petty, [to] prescribe what [opinions] shall be orthodox.’ In short, like the ‘freedom of belief,’ freedom from compelled association ‘is no incidental or secondary aspect of the First Amendment’s protections.’ Plaintiffs’ freedom of association claim based on the April 2018 Bulletin statements is viable.”

Similar cases are pending in North Dakota, Louisiana and Oklahoma.