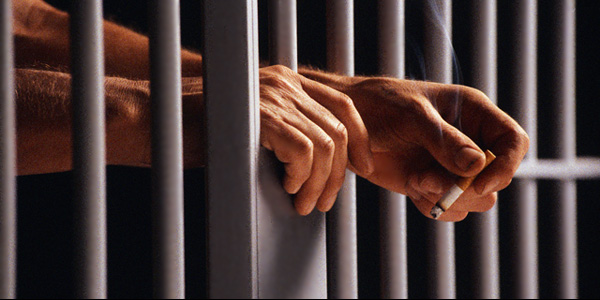 Lawmakers in Indiana are working on a plan to crack down on “charities” that raise bail money for suspects in jail to free them pending trial after two such suspects were let out from behind bars only to subsequently be charged with grisly murders.

The issue has been in the news ever since Kamala Harris famously advocated for people to donate to funds that were working to free suspects in the riots that ravaged American cities following the death in Minneapolis of George Floyd.

The Free Beacon explained the situation in Indiana, in that GOP lawmakers have assembled a plan that would regulate bail funds.

It comes after reports revealed how an organization called The Bail Project bonded out two offenders facing charges – and they then were charged with homicides.

One committee heard testimony this week from Nikki Sterling, the mother of one of the victims, the report explained.

“In principle, aiding an individual who stole food to feed their family is admirable,” she told lawmakers. “However, The Bail Project is bailing out offenders with violent criminal histories. And sadly, it’s the very communities they claim to be advocating for that are now in harm’s way by having these dangerous individuals back out on the street.”

The defendants who triggered the crisis, the report said, are Travis Lang and Marcus Garvin.

“Lang has been charged with the Oct. 1 shooting death of 24-year-old Dylan McGinnis, Sterling’s son. The Bail Project and a for-profit bail bondsman helped Lang post a $5,650 bond for a drug charge, despite prior felony prosecutions for burglary and resisting law enforcement,” the Free Beacon reported.

Meanwhile, Garvin allegedly killed his girlfriend, Christie Lynn Holt, 30, by stabbing her 51 times and trying to dismember her body. He was out on a $1,500 bond at the time, after being accused of stabbing a customer at a gas station where he worked.

“Indianapolis is one of many American cities struggling against a surge of violent crime. It’s a crisis of many causes. Some cities have poured huge sums into diversionary programs at the expense of law enforcement, while police grapple with the same staffing shortages plaguing the private sector. And many jurisdictions curtailed pretrial detention in the name of COVID mitigation, a boon for repeat offenders. Indianapolis set a record for murders in 2021, and more than 700 people were wounded in shootouts,” the report documented.

The sponsor of the crackdown plan, Sen. Aaron Freeman, a Republican, said the public safety and economic imperatives both are being addressed.

“We’ve got to get our arms around this. If we don’t, my fear is it’s going to hurt the economic engine of this state,” he told the Free Beacon.

The bill would prevent the charities from helping those accused of felonies, allowing aid only up to $2,000 for people charged with a misdemeanor.

“And if bail fund clients miss court appearances, their bond payments will be reassigned to the state’s general fund, putting bail charities on the hook when their clients don’t comply with their release terms,” the report said.

The plan also prevents local and state governments from funding those bail charities, and would require them to be certified by the state insurance commissioner.

Freeman said the plan simply provides the same oversight for bail charities as the state already has for commercial bail bondsmen.