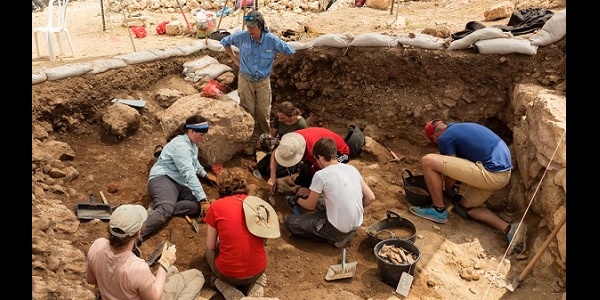 A report from the Times of Israel says that archaeologists and researchers have found the earliest “proto-alphabetic Hebrew text,” including the “YHWH” reference to God, ever discovered.

The report says the small fragment apparently dates to about the Late Bronze Age, maybe 1200 B.C, and if it is verified the 2 centimeter by 2 centimeter “curse tablet” may also be one of the great archaeological finds ever.

“It would be the first attested use of the name of God in the Land of Israel and would set the clock back on proven Israelite literacy by several centuries,” the report explained, “showing that the Israelites were literate when they entered the Holy Land, and therefore could have written the Bible as some of the events it documents took place.”

The announcement was made by archeologist Scott Stripling and several international scholars this week in Houston, the report said.

The fragment was taken from Mount Ebal, known in Deuteronomy 11:29 as a place of curses.

“This is a text you find only every 1,000 years,” the Times of Israel confirmed Haifa University Professor Gershon Galil said.

Scans of the artifact are not being released immediately.

It was found during a 2019 re-examination of earth from a dump pile formed during 1980s excavations at Mount Ebal, the report said. The earth had been dry-sifted then, and in 2019 Stripling’s team resifted it using a wet sifting technique that was developed at the Temple Mount Sifting Project, where Stripling once worked.

The Mount Ebal site is “important,” Finkelstein explains, as it belongs “to the wave of settlement in the highlands in the early phase of the Iron Age.”