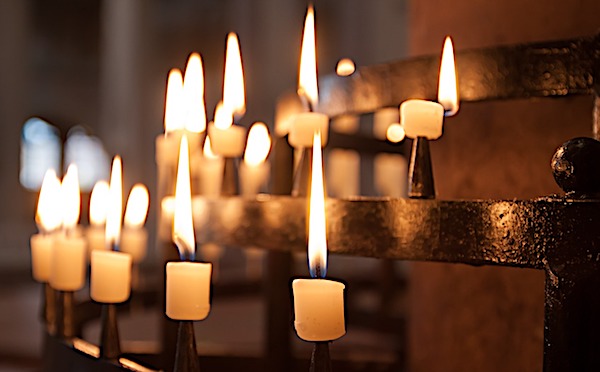 A decision from the full 7th U.S. Circuit Court of Appeals has protected St. Andrew the Apostle Parish, of Calumet City, Illinois, from an attack by its former music director, who sued when he was dismissed for failing to following church teachings.

He had, in violation of his employment agreement “and 2,000-year-old church teaching,” entered into a same-sex marriage, for which the church dismissed him.

“Worship is sacred. That’s why worship leaders who select and perform elements of worship are ministers of the faith, conveying its teachings to the faithful,” explained Daniel Blomberg, senior counsel at Becket, which has handled numerous disputes over religious rights..

“That’s also why the church – not the state – gets to make sure that its music ministers are directing its congregation in a way that’s faithful to its beliefs.”

A panel of the circuit court earlier had ruled against the church, but a hearing before the full 7th Circuit was requested, after which the court reversed the panel’s ruling and declared that the “ministerial exception,” a doctrine that protects against government intrusion into the employment relationships between churches and religious schools and their ministers, protects that authority of the church.

As a church music director and organist, Sandor Demkovich played a central role in planning and performing the liturgy and conveying the Catholic faith to St. Andrew’s congregation.

So when Demkovich entered into a same-sex marriage in violation of his employment agreement and 2,000-year-old teachings of the faith, the pastor had to terminate his employment.

Becket explained the ruling upholds important First Amendment principles for the interaction of church and state, reminding lower courts that “we cannot lose sight of the harms—civil intrusion and excessive entanglement—that the ministerial exception prevents.”

Only last year, the Supreme Court ruled 7-2 that employees of religious institutions who serve a religious function cannot bring discrimination complaints against their employers.

“The independence of religious institutions in matters of ‘faith and doctrine’ is closely linked to independence in what the court has termed ‘matters of church government,’” said the majority opinion.

Two similar cases in that opinion had been brought by Agnes Morrissey-Berru, formerly of Our Lady of Guadalupe School, and Kristen Biel, formerly of St. James School. Both are part of the Roman Catholic Archdiocese of Los Angeles.

The schools argued that because the teachers were integral to the religious mission of the schools, they were barred from suing under the “ministerial exception” to the civil rights laws recognized by the justices in a 2012 case.

The court ruled the First Amendment bars the government from interfering with a religious group’s employment decisions regarding its ministers.

Justice Samuel Alito wrote that “educating young people in their faith, inculcating its teachings, and training them to live their faith are responsibilities that lie at the very core of the mission.”

“Religious schools play an integral role in passing the faith to the next generation of believers,” said Adrian Alarcon, spokesman for the Archdiocese of Los Angeles Catholic Schools. “We are grateful that the Supreme Court recognized faith groups must be free to make their own decisions about who should be entrusted with these essential duties.”

Family Research Council President Tony Perkins said, at the time: “We are pleased that the Supreme Court has decided to uphold First Amendment free exercise of religion in this case. The ability to curate who provides religious instruction is fundamental to the free exercise of any religiously-informed institution.”

Alito found: “The First Amendment protects the right of religious institutions ‘to decide for themselves, free from state interference, matters of church government as well as those of faith and doctrine.’ The religious education and formation of students is the very reason for the existence of most private religious schools, and therefore the selection and supervision of the teachers upon whom the schools rely to do this work lie at the core of their mission. Judicial review of the way in which religious schools discharge those responsibilities would undermine the independence of religious institutions in a way that the First Amendment does not tolerate.”

The Supreme Court originally ruled in the 2011 Hosanna-Tabor case that a Lutheran school had the right to choose who will teach its religious beliefs to students.