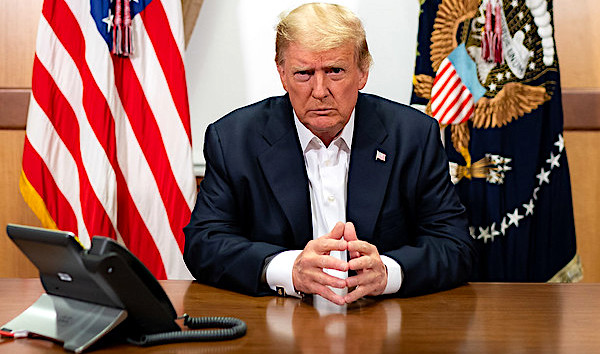 In a ruling that still can be appealed, the U.S. Court of Appeals for the District of Columbia says members of Congress can pursue President Trump’s tax returns, even if some of those members intend to use them for their own political gain.

“Indeed, it is likely rare that an individual member of Congress would work for a legislative purpose without considering the political implications,” the ruling explained. “The statements of individual committee members and members who are not part of the committee provided by the Trump parties do not change this.”

The court in the far-left city also refused to acknowledge Trump team concerns about the separation of powers.

The court’s ruling claimed that the “burden” the congressional demand imposes on Trump is “relatively minor.”

The Daily Wire reported that the House Ways and Means Committee has for years already been demanding of the IRS Trump’s returns, as well as those from several of his businesses.

The U.S. Treasury declined the demand, and then members of Congress sued.

According to ABC, the committee then demanded the records “immediately,” even though Trump’s team has the right to an appeal, if it chooses.

The committee has claimed that members need to see Trump’s returns in order to determine whether any reforms are needed to an audit program.

“With great patience, we followed the judicial process, and yet again, our position has been affirmed by the courts. I’m pleased that this long-anticipated opinion makes clear the law is on our side. When we receive the returns, we will begin our oversight of the IRS’s mandatory presidential audit program,” Neal said.

A commentary at The Gateway Pundit described the case as a “political persecution” of President Trump.

“Trump will likely take this fight to the Supreme Court,” the commentary said.

The judge at the district court level gave deference to the demand from Congress, but also warned the committee members it would be unwise to make those documents public, a move which is widely expected should the Democrat majority get them.

Of course, the 2022 election are only months away, and it is expected that the GOP will be the majority in the House after that vote, and that creates an urgency for Democrats there to do as much to damage to President Trump as possible before then.

The district judge wrote, “Anyone can see that publishing confidential tax information of a political rival is the type of move that will return to plague the inventor. It might not be right or wise to publish the returns, but it is the chairman’s right to do so. Congress has granted him this extraordinary power, and courts are loath to second guess congressional motives or duly enacted statutes.”