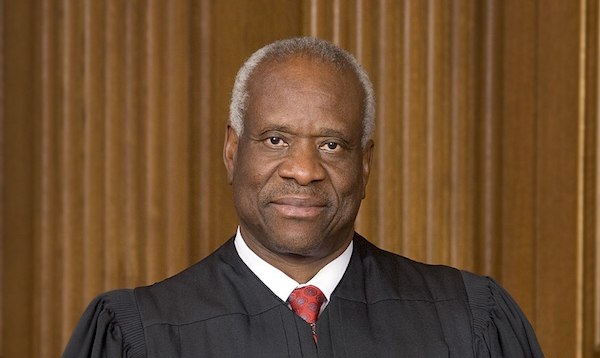 Former federal prosecutor Andrew C. McCarthy said the Democratic leaders and their allies who are demanding that Supreme Court Justice Clarence Thomas recuse himself over his wife’s political activism “are engaged in transparently partisan politics, nothing more.”

“Democrats should not get away with their shameless political gambit to force Justice Clarence Thomas’s recusal from Supreme Court cases based on the political activism of his wife, Ginni Thomas,” he wrote in a column for National Review.

McCarthy, a former assistant U.S. attorney for the Southern District of New York, argued that Supreme Court justices “are not even subject to disqualification over their own activities that bear directly on cases.”

The calls for recusal and impeachment came in response to a Washington Post story by Bob Woodward and Robert Acosta titled “Virginia Thomas urged White House chief to pursue unrelenting efforts to overturn the 2020 election, texts show.” The Post story – focusing on 29 texts between Ginni Thomas and Trump Chief of Staff Mark Meadows leaked from the House Select Committee probing Jan. 6 – followed a New Yorker report in February contending the political activism of Ginni Thomas poses a conflict of interest.

McCarthy pointed out that Democrats had no problem with Justice Elena Kagan providing the critical vote in the Obamacare case despite having served as President Obama’s solicitor general when the administration was formulating the legal strategy to defend the bill.

Justice Stephen Breyer was the primary architect of the federal sentencing guidelines yet declined to recuse himself when the Supreme Court considered the constitutionality of the guidelines.

Breyer, in fact, wrote a 5-4 majority opinion in 2005 that sustained the guidelines scheme.

The statute that governs judicial disqualification, Section 455 of Title 28, pertains to having financial or legal stakes in a case or some connection to the matter as an attorney.

“Ginni Thomas’s conservative political activism — up to and including the text messages to Mark Meadows about the 2020 election — does not activate those triggers,” McCarthy said.

“If it did, many judges appointed by Democrats would have been disqualified from cases over which they’ve presided despite the political and legal activism of their spouses.”

Disclosing that Ginni is a friend, McCarthy noted that she has explained that the Thomases maintain a wall of separation in their professional lives.

He also argued that spouses often disagree about politics.

“Having a politically active husband or wife is simply not disqualifying for a jurist, for reasons rooted not only in law and our commitment to free speech but in practical experience,” the former prosecutor said.

“Democrats are well aware of this. If a Democrat-appointed Supreme Court justice were in the eye of a spousal storm, they would be the first to remind us of it. The smearing of Justice Thomas is transparently partisan politics, nothing more.”