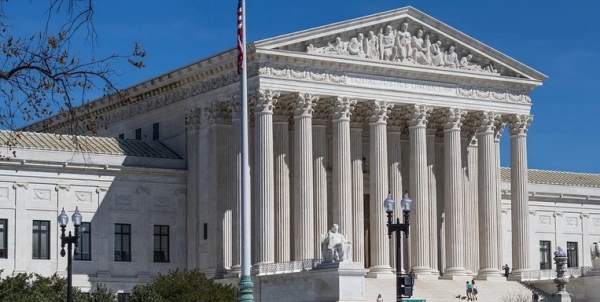 Joe Biden has moved against the will and wish of the American people in yet another situation – his restrictions on candidates for a nomination to the U.S. Supreme Court.

Already, polls have suggested his Afghanistan pullout, his creation of a southern border crisis, his inflation and his Ukraine stances all have upset Americans.

Just the News reported a new ABC News/Ipsos poll shows more than three out of four in the country believe Biden should “consider all possible nominees” to the high court.

Instead, Biden has chosen another path: restricting nominees on race and sex. He insists on nominating only someone who is a black woman.

Stephen Breyer, 83, said last week he will be retiring.

And 76% of respondents said Biden should consider all options for nominees.

It was not a surprise that 95% of Republicans diverge from Biden’s plan, but the poll showed that 54% of Democrats agreed with the GOP position.

The report explained, “Americans are also split slightly by party lines as to whether the Supreme Court determines cases ‘on the basis of law’ or ‘on the basis of their partisan political views.’”

Fox News reported the results surfaced after Biden said he will announce his nominee before the end of February.

It interviewed a random national sample of 510 adults.

Fox News reported, “Other finding from the poll were unflattering toward the president, who earned low approval numbers on issues ranging from inflation — with 69% disapproving — to surging crime and gun violence. Just 1% of those polled said the state of the economy is ‘excellent.’”

Biden has been accused of operating by “identity politics” because of his pledge to refuse to consider any qualified candidate if they are note black and a woman.

Former Housing and Urban Development Secretary Dr. Ben Carson told WMAL just days ago that “to create that kind of situation in the highest court in the land is really abominable, and very detrimental to our freedoms.”