Americans are Tired of Being Locked Down and Masked up! 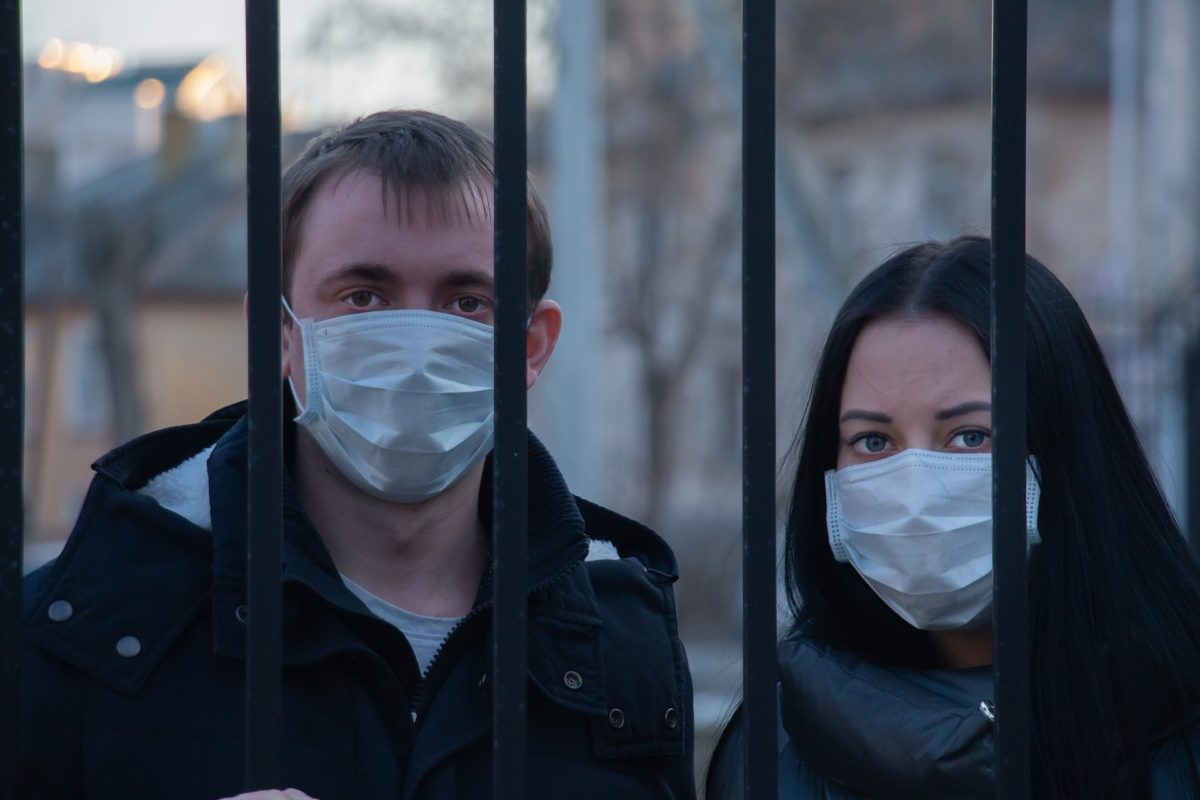 “The pandemic is over. 2020 was the year of government overreach. Make 2021 the year of organized civil disobedience and friendly reunions.”

Is it time for Americans to fight back against Covid lockdowns? Conservative entrepreneur Dan Gelernter thinks it is. Gelernter recently wrote a piece for American Greatness in which he boldly declared, “The pandemic is over. 2020 was the year of government overreach. Make 2021 the year of organized civil disobedience and friendly reunions.”

More from “The Pandemic is Over”:

The reason coronavirus so delights today’s Left is that the public response to their power grab has been overwhelmingly docile: The numbers of deaths are vastly below historic health panics, even with generous inflation via guidelines encouraging doctors to record anyone who previously had the virus as having died from it.

Even so, the government was able to lock people in their homes for a “two-week period” that turned out to be roughly a year, destroy much of the hospitality sector of the economy, force people to cover their faces in public as though living under a secular sharia, and, perhaps best of all, they got neighbors to snitch on neighbors and children to report their parents when these edicts weren’t followed.

It has been a bonanza. The everyday American citizen will always remember 2020 as a painful, terrible, soul-crushing year. For the Left, that makes it one of the best years on record. It is one of those great years in which they changed how Americans live.

Americans for Limited Government (ALG) News caught up with Dan to see what kind of reaction his piece is getting.

ALG News: This piece resonated with us, and we wonder what feedback you’re getting?

Dan Gelernter: A lot of people commented on my piece, so I think its something many Americans are talking about right now – just how absurd these continued lockdowns are.

ALG News: Are you suggesting Americans engage in civil disobedience?

Dan Gelernter: Americans can fight back not just by supporting small businesses, but by rejecting coronavirus restrictions, and helping businesses reject them. Refuse to wear a mask. If a store owner asks you to put a mask on, tell him it doesn’t bother you if he takes his mask off. The sky won’t fall. Refuse to comply and help your neighbors to refuse to comply. Stores and restaurants fear regulators fining them out of business, and that is where big conservative donors and crowd-funding campaigns must step in. Sponsor small businesses to fight. Not to pay their fines—to fight, in court. Argue disparate impact. Argue lack of equal protection. Argue exceeding constitutional authority. Fight these regulations everywhere.

ALG News: In your piece you note that Americans are “big-hearted and generous, with a desire to protect their fellow man. They have sacrificed their livelihoods, their comfort, their happiness,” and you say that the government has taken advantage of that.

Dan Gelernter: Not just today, but throughout history, governors, presidents, and Congress have all taken advantage of a crisis to overreact and do things that are unconstitutional. I think that forcing people to wear masks in public is clearly one of those things. Americans were willing to go along with wearing masks and they were told it would be a couple of weeks to flatten the curve you we weren’t sure how contagious Covid was. But the government, seeing this and sensing really nothing but a gigantic increase in their own power and control over individual people lives, wants to make this permanent. I think we need to rebel against this and remind the government that they are much less powerful than they have been acting.

ALG News: You say that generally speaking, emergency powers are a bad idea that the government often comes to regret.

Dan Gelernter: Yes. Think back to the suspension of habeas corpus during the Civil War or placing Japanese Americans in camps during the Second World War, these are things that we look back with rather shamefacedly, as well we should. We cannot point to any of these instances and say, “Well, you know, that was a terrible time in America, but it was really important that we did that and I’m glad that we did it.” Emergency powers open the door to further abuses of government.

ALG News: One of the things we like about your pieces is that you offer ideas on how we can act on our frustrations in practical ways.

Dan Gelernter: I think we need that because otherwise we’re all frustrated about these things and we’re not quite sure what we can do in the face of government overreach. It is especially difficult for many now because the media and social media are colluding to make each of us feel we’re somehow crazy for believing what we believe. And Covid just adds to our sense of isolation.

I think it is important to know we’re not alone, that, in fact, we’re probably the majority in the country. We are dealing with a repulsive and disgusting government overreach that’s made everyone mutually suspicious, it’s almost a non-human society.

The post Americans are Tired of Being Locked Down and Masked up! appeared first on Daily Torch.

This post, Americans are Tired of Being Locked Down and Masked up!, was originally published on The Daily Torch and is republished here with permission. Please support their efforts.