Abortionists demanding to target unborn with Down syndrome 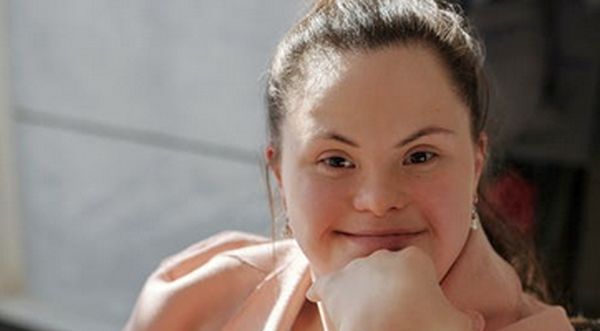 It was a few years back when reports swirled that Iceland was on the verge of eliminating Down syndrome in newborns.

But then it was revealed that the syndrome was being eliminated by killing all those diagnosed before they were born.

Dr. James Dobson, who for decades has been the radio voice for Christians on children, family, life and marriage, and launched Family Talk radio, said that was way too close to the Nazi eugenics of yesteryear.

Now Arizona has adopted a law that protects children with Down syndrome from being targeted for abortion, and several members of the nation’s abortion cartel are fighting it.

That has resulted in lawyers for the Alliance Defending Freedom asking for permission to represent a nonprofit that helps provide support for children and families that wants to intervene in the court fight.

The law essentially prevents abortion decisions from being made based on a Down syndrome diagnosis, and two abortionists and three organizations want the protection thrown out in the case Isaacson v. Brnovich.

“Every unborn life is valuable, precious, and worthy of protection,” said ADF Senior Counsel Denise Burke. “Among other things, Senate Bill 1457 ensures that babies, including those with Down syndrome, are not targeted for death because of their genetic makeup. While it should be common sense to support such a law, abortionists and others with a vested interest in seeing such abortions continue have sued to tear it down. Sharing Down Syndrome Arizona has a direct interest in seeing that they do not succeed with such an inhumane plan.”

Arizona since 2011 already has prohibited persons from “perform[ing] an abortion knowing that the abortion is sought based on the sex or race of the child or the race of a parent of that child.” This year lawmakers added to the ban a prohibition against discriminatory abortions based on genetic abnormalities, such as Down syndrome.

“The legal challenge filed by the plaintiffs [the two abortionists and three organizations] in this matter directly implicates Sharing Down Syndrome’s interests because it seeks to block crucial new legal protections for those with Down syndrome,” explained the motion filed in federal court. “These protections can help ensure that children diagnosed with Down syndrome receive the same right to life and chance to grow and develop as babies without diagnosed genetic abnormalities.”

The filing said if the abortionists are successful, “children with Down syndrome are likely to continue to be discriminatorily aborted based on the genetic abnormalities with which they are diagnosed. Plaintiffs’ success in ensuring that babies with Down syndrome are stripped of legal protections against discrimination will also inhibit Sharing Down Syndrome’s ability to reach, educate, and support children and families experiencing Down syndrome. As a result, Sharing Down Syndrome has unique interests to defend and information to supply to this Court in this litigation.”

The filing documents people with Down syndrome “lead lives full of profound love and meaning.”

Yet the United States, in some cases, now wants to “deal with” them by eliminating them. The Arizona law was in reaction to that discriminatory practice.