A tribute to Harry Wu: The man who exposed Chinese oppression to the world 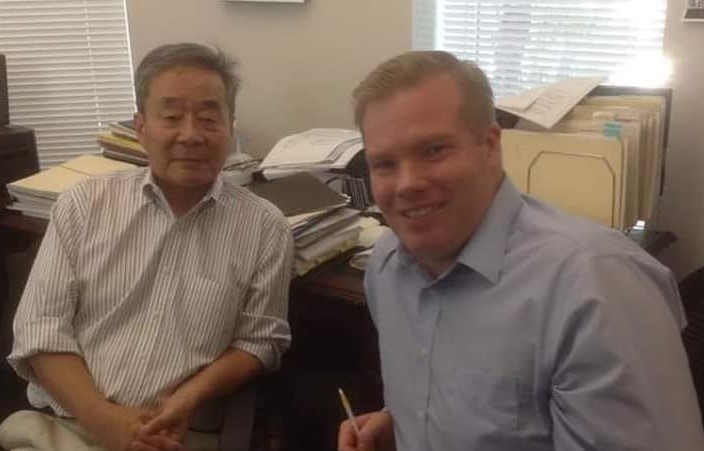 The Biden-era has brought about a lot of new talk about China. We are concerned about how much influence the Communist nation will have on our nation. Of course, our nation and world are fighting to recover from a global pandemic that came out of Wuhan. We see Biden wishing Americans a Happy Lunar New Year and question whether he will wish us a Merry Christmas. We are whispering about boycotting the 2022 Winter Olympics in Beijing. We are concerned that China can integrate their spyware into our 5G technology. There is also a great deal of media coverage on the Chinese Communist Party’s (CCP) use of re-education camps on people in China such as the Uyghur population.

It brings back a certain memory for me of an amazing chapter in my life that started in November of 2013. I was a contractor, working with different groups in Washington. I was preparing to start graduate school in January and needed a good gig to not only pay my bills but work around my schedule. It also had to be something I could be proud of and helped me grow professionally.

I got an email from a group called Laogai Research Foundation asking me if I wanted to talk with them about a project. I knew next to nothing about China but figured I would meet with them.

Next thing I knew, I was meeting with an international hero and beloved Chinese dissident Harry Wu along with his staff. Harry asked me if I could team up with then-prominent human rights activist and Member of Congress Rep. Ileana Ros-Lehtinen of Florida for a video about his museum. I said yes. It seemed like something I could work a little magic on.

The Laogai Research Foundation staff proceeded to send me files smuggled out of China, including smuggled videos of public executions carried out by the Peoples Liberation Army.

I got to work and, after a meeting with Rep. Ros-Lehtinen, put together a video for them.

It opened the idea of a whole other project that would help me make it through graduate school and be the project I could be proud of. It was also something that would bring new light to labor camps and human rights abuses in China. It was to be a movie detailing Harry Wu’s life journey.

The idea was to talk about Harry’s family life growing up, how things changed when the Communist regime took over China, how Harry was arrested, his 19 years in labor camp and his release. From there we were to focus on what he did after moving to America after time in the labor camp. We were to tell the story of how he would return to China with a video camera to capture images of the labor camps and the significance of his bringing along CBS “60 Minutes” reporter Ed Bradley on one of his trips. The movie would then illustrate how Harry created an international incident to expose these atrocities.

The project was challenging, as was grad school. But, after around a year of slogging, it was done, and I had completed my master’s degree. And I had produced something that I was proud of. The movie brought new light to the old problem of human rights abuses in China.

I have yet to hear anyone say anything bad about it. Many describe it as one of the best and most important movies they have ever seen.

I kept in contact with Harry after it was released. I had taken a job in Upstate New York as a lead anchor with a local news station WICZ-TV. It was during this time that my wife and I found out we were going to have a child. I told Harry and he was thrilled. I kept this email he sent me on February 9, 2016, after I wished him a happy birthday. My wife and I noted that he seemed to care more about our child than anything else!

Two-and-a-half months later, my wife and I received terrible news from the Laogai Research Foundation. Harry had died during a trip to Central America under suspicious circumstances and I became a little nervous. I wondered if the movie we made incited leaders within the CCP to harm Harry and maybe want to harm me! I had to calm myself down and remember that I was safe and living in a land of freedom.

Then another thought crossed my mind. I thought Harry probably knew his days were numbered when he asked me to tell his story. I had the honor of being the guy he called to get it out there one last time. A few of my friends and colleagues have had that theory, too. One even asked me why I was chosen. I do not have a good answer. Maybe I was in the right place at the right time, maybe it was because I had a good reputation and was networked with well-known names in Washington, maybe it was because I was going to a top graduate school? Well, the best answer I can think of is it is because Harry saw I wanted to have a project I could be proud of and wanted to grow with it.

Since making the movie, I have always been upfront with employers about my background with “controversial work” in politics. I also must explain the details of the movie project. Most do not seem to care and even applaud my work with Harry.

Today I am still proud of the project. Why? Because I know how important it is to keep Harry Wu’s story alive and keep up the fight for our freedoms.

This post, A tribute to Harry Wu: The man who exposed Chinese oppression to the world, was originally published on The Daily Torch and is republished here with permission. Please support their efforts.