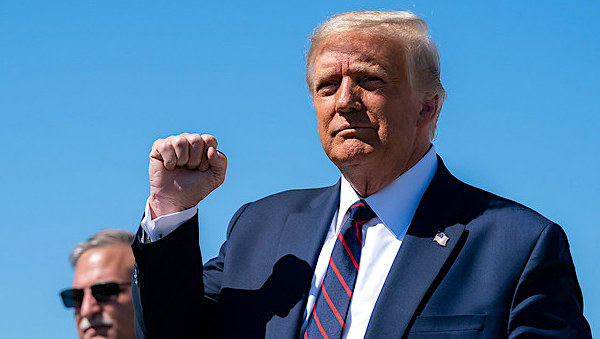 The New York Times was a major promoter of the now debunked Trump-Russia election conspiracy narrative, which featured the infamous “Steele dossier” of outlandish and salacious claims about President Trump.

Republican investigators turned up evidence that the document compiled by former British spy Christopher Steele was an opposition-research project funded by Hillary Clinton’s campaign and the Democratic National Committee. What’s more, ironically, it was based largely on Russian propaganda fed to Steele by a single source.

Now, the Times has published a feature by former Times investigative report Barry Meier acknowledging many of the claims in the dossier “have never materialized or have been proved false.”

Meier said he knocked on the door of Steele’s home in Farnham, England, in his research of a book on the business of private intelligence. During the 2016 presidential campaign,  he recalled, Steele had been hired by an investigative firm called Fusion GPS “to gather dirt about Donald J. Trump and Russia.”

At that time, Meier wrote, those “involved with the dossier were intent on controlling its narrative and eager to capitalize on their fame.”

Glenn Simpson and Peter Fritsch, the founders of Fusion GPS, wrote a best-selling book about the dossier that became a best seller. Steele sold his life rights to a Hollywood studio owned by George Clooney.

But the glow has faded, he said, noting the collapse of the dossier’s “most explosive claims — like a salacious ‘pee’ tape featuring Mr. Trump or a supposed meeting in Prague between Michael Cohen, Mr. Trump’s former attorney, and Russian operatives.”

The dossier, he said, went on a “journey from media obsession to slush pile.”

In January, documents declassified by the Trump administration showed Steele was introduced to his primary source by none other than Fiona Hill, the former Russia expert on the National Security Council who testified against President Trump in the first impeachment hearings.

Just the News editor John Solomon reported at the time that the documents showed the collusion narrative was created and leaked to the news media to “neutralize Hillary Clinton’s concern that her email scandal had not yet gone away.”

“It was actually a calculated political act, and you’ll see in Christopher Steele’s own acknowledgement that that was the reason that James Comey’s continued actions to keep the case open drove him to leak and to plant what turned out to be a false story,” he said.

The Obama FBI and Justice Department used the dossier as primary evidence to obtain warrants to spy on Trump volunteer adviser Carter Page.

In July 2020, The Washington Times noted the New York Times, “a prime peddler of a Trump-Russia election conspiracy narrative that was ultimately debunked, turned the Danchenko revelation into an anti-White House story.”

The New York Times headline was “The F.B.I. Pledged to Keep a Source Anonymous. Trump Allies Aided His Unmasking.”

But in a March 2017 interview with the FBI, Danchenko said his sub-sources’ information was not worth “a grain of salt.”

The FBI, nevertheless, continued to use the dossier to advance it’s Trump-Russia probe.

Migrant Female Injured After Falling Under Train in Texas near Border