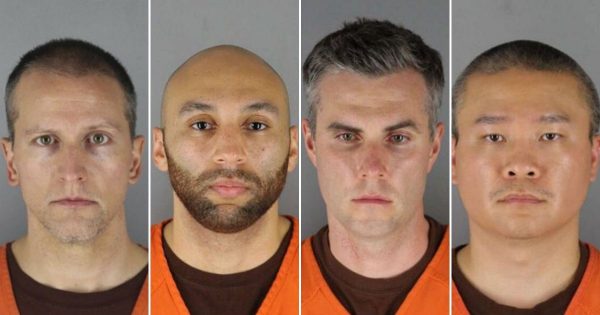 Apparently aware that officer Derek Chauvin could be acquitted in the death of George Floyd, Minneapolis city leaders are urging local business owners to have an emergency preparedness plan in place, particularly for the later stages of the trial, which began Monday with jury selection.

The state has allocated $36 million for security for the trial, including multi-layered fencing around the court house in Minneapolis. The protests that erupted in response to a horrific video that showed Chauvin with his knee on Floyd before he died May 25 cost an estimated $2 billion in damages and a much greater social impact.

The defense, however, as WND reported, contends the officer body cam footage released by the prosecution long after the viral video of Floyd’s final moments shows the officer adhered to his training by the Minneapolis Police Department.

The neck restraint, the attorneys argue, was part of the protocol to keep someone in a drug-induced state of excited delirium from harm by holding him in place. And two days after the four officers were charged, the toxicology report was released showing Floyd had more than three times the fatal dosage of fetanyl in his blood.

A letter to business owners said the city of Minneapolis is working with Hennepin County, the state of Minnesota and federal partners on a “coordinated safety plan during the trial and after the verdict, collectively known as Operation Safety Net.”

Businesses and property owners, the letter says, may choose to take additional actions as “boarding or permanent security gates.”

On Monday, jury selection for the trial was delayed as the court considered a request by prosecutors to reinstate a third-degree murder charge against Chauvin. The charge would give the jury a compromise, increasing the possibility of a conviction.

Minnesota based Alpha News posted a video of the multi-layered security fencing around the site of the trial:

In Minnesota, third-degree murder is killing a person without premeditation and intent through inherently dangerous acts, without regard for human life. Prosecutors see a precedent in the conviction of Minneapolis police officer Mohamed Noor of third-degree murder charge in the shooting of Justine Ruszczyk Damond.

In the Chauvin case, the defense argues the lethal level of fentanyl, combined with his severe coronary artery disease, extreme agitation and other factors, placed Floyd at imminent risk of sudden death from cardiac arrhythmia.

The autopsy determined there were no life-threatening or serious injuries inflicted on Floyd, including to his neck or to his larynx.

NOW: a march is beginning from the Hennepin County Government Center in downtown Minneapolis, led by pallbearers with a casket. Jury selection in the Derek Chauvin trial is set to start tomorrow @WCCO pic.twitter.com/2liRzrv2s2

Second degree murder in Minnesota can be charged when a defendant intentionally kills someone but the murder is not premediated.

The prosecution must prove to the jury beyond reasonable doubt that Chauvin acted with the intention of harming Floyd and causing his death in the May 25 incident.

Former state and federal prosecutor George Parry argues that the jury would have to accept that the police officers “against their own self-interest, in broad daylight before civilian witnesses with cellphone cameras, and on body cameras recording every move and everything they said, … nevertheless slowly and sadistically murdered George Floyd.”

“It makes no sense. You would have to be stark, raving mad to engage in that kind of conduct in front of those witnesses, knowing that the event is being recorded,” he said in an interview last September.

“While they allegedly were in the act of [murdering him], they twice summoned medical help to come render aid to their purported victim,” Parry noted. “Nobody does that. That absolutely negates any notion of intent to cause harm.

“That’s the completely illogical construct that the prosecution has boxed itself into,” he said.

Then, “when you get into the autopsy findings and the toxicology findings, that’s where the case totally falls apart.”

Parry pointed out that Floyd, while he was still upright and mobile, shouted seven times “I can’t breathe” and asked to be put on the ground.

“That’s before anyone was kneeling on his neck.”

He was shouting “I can’t breathe” because, according to the autopsy report, his lungs were filled with fluid, caused by the fentanyl.

“If Mr. Floyd had been found dead in his home or anywhere else, and there were no other factors, it would be determined he overdosed,” Parry said.

“It was a massive, toxic overdose of fentanyl,” he said.

See a video of Parry’s analysis of the case: