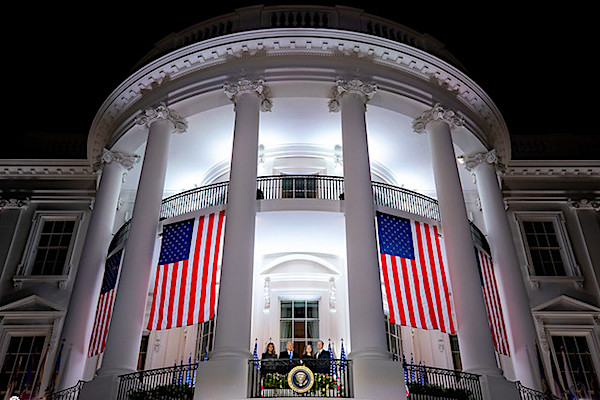 The Supreme Court has decided it will not resolve disputes arising from the 2020 election where state officials violated their own state laws regarding election procedures, possibly affecting the outcome.

But while the majority of the justices refused to acknowledge the problem, three have warned that failing to bring a conclusion to the fight could result in “catastrophic” consequences.

The issue is that some state officials violated state law regarding elections in order to accommodate progressives’ demand to counting all mail-in ballots, whether they complied with legal requirements or not.

In comments from Justices Clarence Thomas, Neil Gorsuch and Samuel Alito, Alito noted that lower courts are divided on the issue.

And Thomas said the high court’s refusal to address the apparently law-breaking situation is a concern.

“This is not a prescription for confidence. Changing the rules in the middle of the game is bad enough. Such rule changes by officials who may lack authority to do so is even worse. When those changes alter election results, they can severely damage the electoral system on which our self-governance so heavily depends. If state officials have the authority they have claimed, we need to make it clear. If not, we need to put an end to this practice now before the consequences become catastrophic,” he said.

He explained his desire to fix the problem now.

“At first blush, it may seem reasonable to address this question when it next arises. After all, the 2020 election is now over, and the Pennsylvania Supreme Court’s decision was not outcome determinative for any federal election. But whatever force that argument has in other contexts, it fails in the context of elections. For at least three reasons, the Judiciary is ill equipped to address problems—including those caused by improper rule changes—through post-election litigation,” he said.

He explained there are time frames following elections that make judicial review, including testimony, decisions and appeals, impossible. Second, he said, the issue at hand, mail-in ballots, is “substantially more complicated” that other cases. And, he said, the risk of fraud is “vastly more prevalent” for mail-in ballots.

The refusal by the other justices to deal with the question means that several remaining 2020 election challenges raised on behalf of former President Trump have been dropped.

The cases were filed in Pennsylvania and challenged the state’s vast expansion of mail-in ballots – as well has a number of arbitrary changes that mean the state did not enforce its own laws on them.

“These cases provide us with an ideal opportunity to address just what authority non-legislative officials have to set election rules, and to do so well before the next election cycle,” Thomas wrote. “The refusal to do so is inexplicable.”

Gorsuch joined the comments of Alito, who said, the cases, “They present an important and recurring constitutional question: whether the Elections or Electors Clauses of the United States Constitution are violated when a state court holds that a state constitutional provision overrides a state statute governing the manner in which a federal election is to be conducted. That question has divided the lower courts, and our review at this time would be greatly beneficial.”

Thomas explained how state officials refused to follow their own state’s requirements:

“The Constitution gives to each state legislature authority to determine the ‘Manner’ of federal elections. … Yet both before and after the 2020 election, nonlegislative officials in various states took it upon themselves to set the rules instead. As a result, we received an unusually high number of petitions and emergency applications contesting those changes. The petitions here present a clear example. The Pennsylvania Legislature established an unambiguous deadline for receiving mail-in ballots: 8 p.m. on election day. Dissatisfied, the Pennsylvania Supreme Court extended that deadline by three days. The court also ordered officials to count ballots received by the new deadline even if there was no evidence—such as a postmark—that the ballots were mailed by election day. That decision to rewrite the rules seems to have affected too few ballots to change the outcome of any federal election. But that may not be the case in the future.”

He pointed out that “parties on both sides” said the issue should be reviewed, “but there also was no question that petitioners faced irreparable harm.”

He said the evidence was strong that Pennsylvania court’s “violated” the U.S. Constitution by rejecting the “clearly expressed intent of the legislature.”