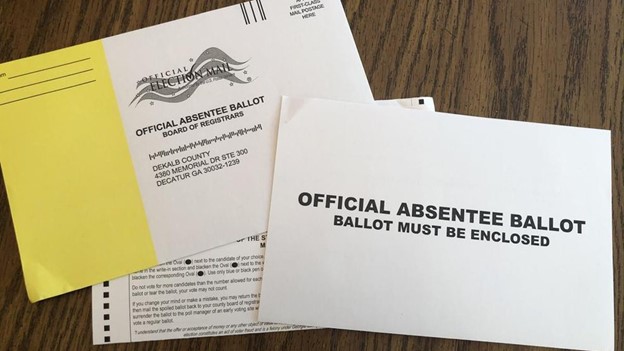 In short, H.R. 1 and S. 1 are pushes to end the two-party system and institute one-party rule.

But for the Covid pandemic and the subsequent push for mail-in ballots, and former President Donald Trump would have likely been reelected and Republicans may have even won back the House of Representatives and kept the U.S. Senate.

If the swing states of Georgia, Arizona and Wisconsin, whose total 43,000 vote swings favored  President Joe Biden had gone the other way, it would have caused the Electoral College to be split 269 to 269 and sent the race for president the House of Representatives.

Across the country, absentee ballots favored Biden by a practical two to one margin. In two of the aforementioned states, Georgia and Arizona, it favored Biden by 65 to 34 percent and 52 to 47 percent, respectively, according to an analysis by FiveThirtyEight.com. Data for Wisconsin was unavailable. But in Pennsylvania the margin via absentee ballots was 76 to 23 percent.

Trump won the in-person voting overwhelmingly. The lesson is Republicans prefer to vote in person, and Democrats apparently are more likely to vote by mail than they would otherwise in person.

One need look no further for the justification for the Democratic Congress’ push for H.R. 1 and S. 1 election law changes, which would require states to automatically register residents to vote at Departments of Motor Vehicles, turn the Federal Election Commission into a partisan entity controlled by the White House party, dramatically change Congressional redistricting, require the use of absentee ballot drop boxes, eliminate state restrictions on mail-in voting, require same-day voter registration and gut state voter identification laws.

It’s not about equality. Or voting rights. Or anything else.

Democrats want the changes because the unsecured, unverified mail-in voting model used in the hastily thrown together response to the pandemic favors Democrats in national elections.

There’s a lot at stake, obviously. If 2020 had been a typical election year with the usual distribution between in-person and mail-in voting, Trump would have likely won.

In 2022, in the midterms, the GOP would be expected to win because the opposition party usually does quite well against the White House party — in midterm elections from 1906 to 2018, the party that occupies the White House usually loses on average 31 seats in the House, and about three seats in the Senate — but if mail-in ballots are the norm, the GOP will have to step up its game in this area to remain competitive.

In short, H.R. 1 and S. 1 are pushes to end the two-party system and institute one-party rule.

Under the Constitution, election law is generally left up to the states, but it lets Congress step in to regulate them. Article I, Section 4 states, “The Times, Places and Manner of holding Elections for Senators and Representatives, shall be prescribed in each State by the Legislature thereof; but the Congress may at any time by Law make or alter such Regulations, except as to the Places of choosing Senators.”

Because of this, Texas Governor Greg Abbott is promising to take action in the Lone Star state should HR 1 or S1 pass at the federal level stating, “H.R. 1 would be a total disaster” because “it institutionalizes the avenues to perpetuate voter fraud in the United States of America.”

Gov. Abbott continued by promising that Texas will move the dates for their state elections in order to insure ballot security and the one-person, one-vote system is upheld on all non-federal votes.

All that stands in the way of the federal election law changes from being made is the Senate filibuster under Rule XXII. President Biden at his March 25 press conference threatened to end the rule to get his changes to election law (and other agenda items) approved:  “Here’s the deal. As you’ve observed, I’m a fairly practical guy. I want to get things done. I want to get them done consistent with what we promised the American people. And in order to do that with a 50-50 Senate, we’ve got to get to the place where I get 50 votes so that the Vice President of the United States can break the tie… If there’s a lockdown and chaos as a consequence of the filibuster, then we’ll have to go beyond what I’m talking about.”

It’s a brazen power grab. So are H.R. 1 and S. 1. The question is if the American people can see the forest for the trees and rise up in opposition to one-party rule and preserve the two-party system that protects liberty by preventing one party from oppressing the other.

This post, 2020 push for mail-in ballots favored Democratic turnout in swing states, was originally published on The Daily Torch and is republished here with permission. Please support their efforts.