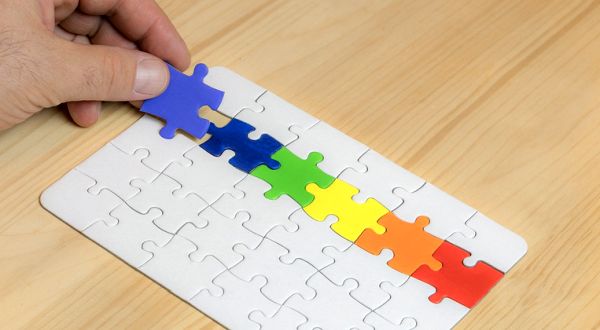 Officials in the Grants Pass, Oregon, school district have dismissed two teachers who had developed, with the knowledge and approval of school officials, a plan to address the developing transgender demands in public schools that would protect teacher, parent and student rights.

Fox San Antonio confirmed North Middle School assistant principal Rachel Damiano and science teacher Katie Medart each was dismissed on a 4-3 vote of the school board.

The two already have pending against the district a lawsuit.

The two had been placed on leave in March, after they worked to create their “I Resolve” campaign. They had worked to develop a solution to the problem facing schools with the new campaign to let students who are struggling with gender identity choose what sex they will purport to be.

The faculty members started a grassroots organization called “I Resolve” to address education policies on gender-identity disputes, and to offer solutions that would let teachers continue teaching without violating their consciences and honoring parental rights.

They started their work in order to “promote a tolerant solution to gender identity education policy.”

They suggested allowing staff and students to abide by their consciences and refrain from using preferred pronouns for students whose anatomic sex does not match the students’ pronoun of choice. Damiano and Medart also propose requiring parent involvement to change students’ pronouns.

They also had suggested that restrooms be restricted to those who anatomically fit the definition of male or female.

They had consulted with school officials in preparing their proposal and Kirk Kolb, the superintendent, even indicated he’d bring it up to the board members, who are defendants in a court case along with him, Principal Thomas Blanchard and the district.

But when they promoted their ideas in a video that they created on their own, they were put on leave “pending an investigation.”

They were told that five other school workers had complained that their Christian beliefs were “anti-transgender” and therefore unacceptable. And they now have gone to court to protect their rights. On their behalf, the Pacific Justice Institute is seeking a court order returning them to their jobs, and damages.

Just the News reported school officials even had ordered the two to “issue a disclaimer” when they discuss their personal views while off campus.

Their request for a temporary restraining order against the school explained they have had to stop sharing social media posts about their “I Resolve” campaign because of the chilling effect of the district’s anti-speech threats.

The teachers’ work came in response to the proposed federal Equality Act, which would provide special protections for individuals with gender dysphoria or other gender issues under federal civil rights laws.

The same issue recently was before a state judge in Virginia, who quickly ordered officials in the Loudoun County Public Schools to reinstate a teacher they had suspended for stating during an open comment period at a school board meeting his Christian beliefs that do not support transgenderism.

There, Judge James E. Plowman Jr. ordered the school district to restore his status pending a full trial on the dispute.

“The court finds that the plaintiff’s speech and religious content are central to the determination made by the defendants to suspend plaintiff’s employment,” the judge wrote. “Defendants shall immediately reinstate the plaintiff to his position as it was prior to the issuance of this suspension and remove the ban that was placed upon him from all buildings and grounds of Loudoun County Public Schools.”

The Grants Pass district held hearings for both on Thursday, voting then to dismiss them.

The Fox report explained, “Around 65 people protested in favor of both educators. The protests started around 2:30 p.m. and lasted until 6:30 p.m. Not every supporter was able to attend the meetings, because of fire marshal capacity. Those who did not attend chanted in honor of Damiano and Medart from the front of Grants Pass High School.”