18 scientists: COVID lab-leak theory should not be ruled out 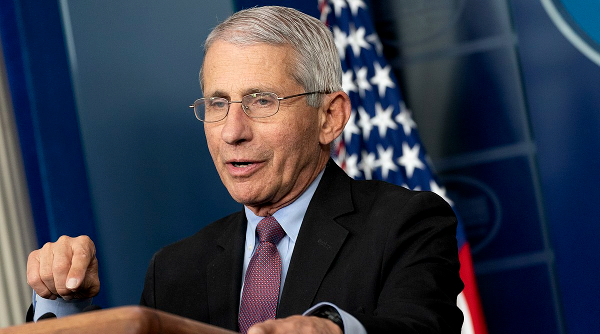 A group of 18 prominent scientists have published a paper in the journal Science calling for an investigation into the origins of the novel coronavirus pandemic, insisting an accidental leak from a lab cannot be ruled out.

The open letter comes on the heels of Sen. Rand Paul, R-Ky., confronting White House coronavirus adviser Dr. Anthony Fauci on the issue, and a former Science editor publishing a lengthy analysis concluding the evidence points to a lab leak.

The 18 scientists said the lab theory was not given “balanced consideration” in the investigation the pandemic’s origin by a team commissioned by the World Health Organization, Fox News reported.

Only four of the WHO report’s 313 pages and its annexes addressed the possibility of a lab accident, they pointed out.

“Notably, WHO Director-General Tedros Ghebreyesus commented that the report’s consideration of evidence supporting a laboratory accident was insufficient and offered to provide additional resources to fully evaluate the possibility,” they said.

Sen. Paul said Thursday morning that while there’s no hard proof yet regarding the origin of the COVID-19 pandemic, it’s becoming clearer that Fauci “could be culpable for the entire pandemic.”

On Tuesday, Paul confronted Fauci in a Senate hearing, asking him directly if the NIH funded dangerous “gain-of-function” research at the Wuhan Institute of Virology. Fauci declared “the NIH and NIAID categorically has not funded gain-of-function research to be conducted in the Wuhan Institute.” The risky research increases the virulence and transmissiblity of viruses to prepare vaccines and treatments in case of an outbreak.

Fauci has dismissed the lab-leak scenario, which media have mocked as a “conspiracy theory.” At a news conference in April 2020, he cited a study led by computational biologist Kristian Andersen of the Scripps Research Institute in California concluding SARS-CoV-2 “is not a purposefully manipulated virus.”

The study followed a February 2020 letter signed by a group of virologists and others published in the eminent British science journal The Lancet insisting on a natural origin.

“We stand together to strongly condemn conspiracy theories suggesting that COVID-19 does not have a natural origin,” they wrote.

Scientists “overwhelmingly conclude that this coronavirus originated in wildlife,” they said, calling on readers to stand with Chinese colleagues on the frontline of fighting the disease.

But Wade showed how the signatories “were assuring the public of facts they could not know for sure were true.” It later turned out that the letter had been organized and drafted by Peter Daszak, president of the EcoHealth Alliance of New York.

Daszak’s organization funded coronavirus research at the Wuhan Institute of Virology. But this “acute conflict of interest” was not disclosed to The Lancet’s readers, Wade noted. To the contrary, the letter concluded, “We declare no competing interests.”

And, significantly, Daszak was the sole American representative on the WHO team investigating the pandemic’s origin.

Along with the WHO director, 13 other countries and the European Union believe “greater clarity about the origins of this pandemic is necessary and feasible to achieve,” the 18 scientists wrote.

“We must take hypotheses about both natural and laboratory spillovers seriously until we have sufficient data,” they said. “A proper investigation should be transparent, objective, data-driven, inclusive of broad expertise, subject to independent oversight, and responsibly managed to minimize the impact of conflicts of interest.”

They also call on public health agencies and research laboratories to “open their records to the public.”

One of the 18 scientists is virologist Dr. Ralph Baric of the University of North Carolina, who was spotlighted by Paul on Tuesday as a collaborator with the Wuhan lab’s Dr. Shi Zhengli on gain-of-function research on bat viruses.

That collaboration also was mentioned in Wade’s analysis. He said that after working with Baric, Shi “returned to her lab at the Wuhan Institute of Virology and resumed the work she had started on genetically engineering coronaviruses to attack human cells.”

Grant proposals, which are public record, show funds were assigned to Shi’s prime contractor, the EcoHealth Alliance, for research constructing novel coronaviruses and assessing their ability to infect human cells.

See the NIH project report for a 2019 grant to EcoHealth Alliance titled “Understanding the Risk of Bat Coronavirus Emergence.”

Meanwhile, a group of Republican lawmakers have introduced legislation to cut off U.S. funding for the Wuhan Institute of Virology, the Daily Caller reported Friday.