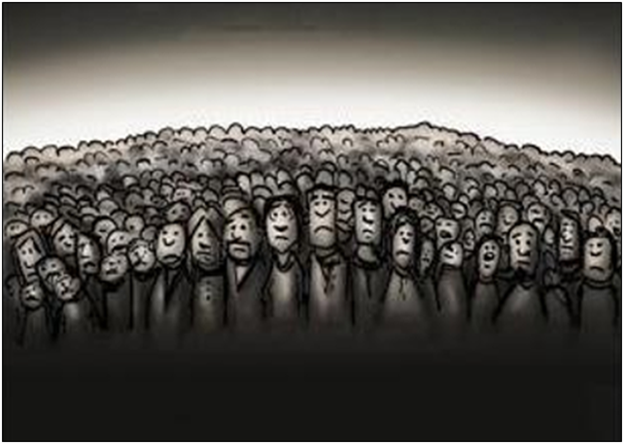 Is the stimulus starting to see a cycle of diminishing returns?

The U.S. House of Representatives has completed its work on its version of the $1.9 trillion Covid spending bill, passing on a party line 219 to 212 vote on Feb. 27, and going back to the Senate for consideration.

The legislation would provide $1,400 checks to adults, including adult dependents, and $3,600 child tax credits, increase the unemployment benefit supplement to $400 atop of regular benefits, $70 billion for Covid vaccine distribution and testing, $350 billion to bail out state and local governments, $128 billion K-12 schools for school reopening and $39.6 billion to colleges and universities.

This would come atop the $908 billion phase four bill that was signed into law by former President Donald Trump in December, that included $288 billion for reupping small business relief in the Paycheck Protection Program, $45 billion for critical industries including airlines, $180 billion extending unemployment for Americans still suffering through state lockdowns, $82 billion for schools to safely reopen and $160 billion to state and local governments.

All told, that’s roughly $5 trillion of additional non-budgetary government spending, all in response to Covid, by far the largest economic rescue ever undertaken by the federal government in U.S. history — bigger than even the New Deal and the response to the 2007-2009 financial crisis and Great Recession combined.

The small business relief in particular has supported 7 million small business loans and saved upwards of 50 million jobs at a cost of $662 billion so far, and is credited with the rapid economic recovery with massive growth in the third and fourth quarters.

A year after the Covid pandemic struck the U.S., and we’re still dealing with the fallout in our day to day lives. Many students have not gone to in-person learning for a year now, and of the 25 million jobs that were lost when labor markets bottomed in April, just 16.4 million jobs have been recovered, according to the Bureau of Labor Statistics.

Meaning, there are still 8.7 million jobs left to recover to return to Feb. 2020 levels, and depending on how quickly they can be reclaimed will determine whether the U.S. economy can return to its prior strength quickly — when we experienced the lowest unemployment rates in more than 50 years — or if it will instead take years to recover?

Looking back at the ten recessions that have occurred since 1948, it took on average 11 months for all the job losses to be realized to get to the labor market bottom, and another 16 months to recover. The entire ordeal lasts on average 27 months.

The worst by far was the Great Recession, which from peak employment in Nov. 2007 to the bottom in Dec. 2009, saw 8.3 million jobs lost and the U.S. economy did not get them back until in Sept. 2014. The whole process took almost seven years, including almost 5 years to get all the jobs back once the bottom was reached.

The answer to that question is what happens this year, in 2021. It will set the stage for the remainder of the recovery.

That is still a long way to go before we see a full recovery. And arguably, the most important work has already been accomplished with small business and critical industries in 2020. Government jobs at the state and local level will likely be recovered when people get back to work in the private sector and pay more taxes.

Either way, without the government taking any additional action, the Atlanta Fed is already projecting a 10 percent increase in real Gross Domestic Product in the first quarter of 2021, following the 33.4 percent and 4.1 percent increases of the third and fourth quarter of 2020. A good chunk of that is being fueled by the current stimulus already in place, and the rest is the private sector engaging in rapid V-shaped recovery.

Now, 2021 will answer the question of whether the momentum seen in the second half of 2020 in terms of jobs recovery can be continued — or if the stimulus is starting to see a cycle of diminishing returns.

This post, $1.9 trillion Covid spending bill passes House, goes back to Senate—but will it help recover the 8.7 million jobs still lost to pandemic?, was originally published on The Daily Torch and is republished here with permission. Please support their efforts.