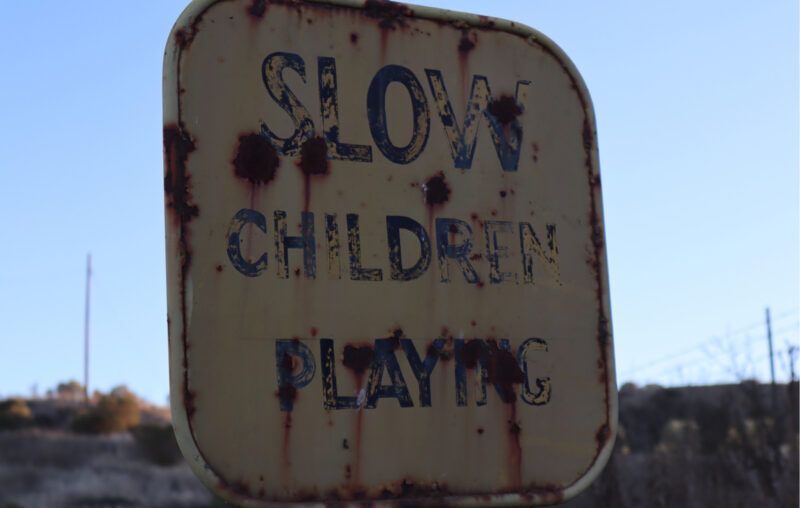 The need to act on climate change is the fundamental moral imperative of our age, animated by the idea our sacrifices today will save the planet in the future. Yes, energy costs may be higher and some people will lose their jobs, but it’s worth it for the grandkids.

Curiously, the grandkids haven’t been given much thought in our response to Covid-19. Our generation has foist extraordinary costs on future generations in a vain attempt to save lives from a disease that is lethal to a few.

“The great majority of people … even in their 80s … will survive,” Britain’s chief scientific adviser Chris Whitty said in March last year, before collective psychosis took hold. “Even in the most vulnerable, oldest groups, in a very stressed health service … the great majority of people who catch the virus – and not everyone will – survive it,” he told a parliamentary committee, having analysed the data from China and Italy.

That was true then and it’s true now. Covid-19 was never an existential threat. After 18 months about four million people have died from or with Covid – most of advanced age apart for some tragic exceptions – in a world with a rapidly growing population of almost eight billion people. Sixty million people die every year.

But we have behaved like it was, racking up trillions in extra debt and trashing norms of liberal democracy that might not quickly, if ever, return. The idea that Sydney would be locked down in September 2021 or that American pediatricians would insist anyone over two years old wear a mask outside, to anyone living in February last year would have seemed ridiculous. Yet both, seemingly, are true. On this trend, silencing different scientific opinions or mandating individual tracking devices, all in the name of “saving lives”, may no longer be considered far-fetched.

At the end of 2019 the federal budget papers forecast net debt of $361bn by June 2023. The latest budget papers forecast $835bn for the same period, rising to $980bn by mid-2025. Put another way, by 2030 the government’s gross debt burden is forecast to be more than 51 per cent of GDP, compared with 15 per cent forecast in 2019, according to the Intergenerational Report released last month.

By 2060, interest payments on federal debt will have doubled as a share of the economy, if interest rates start to return to more normal levels, it forecasts. A warmer planet won’t be the only burden we’re leaving for the grandkids. Future taxes will need to be higher, and expenditures on other goods and services lower, commensurately, than they otherwise would have been. We will have fewer resources to invest in cancer and dementia research, for example, much greater threats to welfare than Covid-19.

“The Covid-19 pandemic and associated containment measures, however, have profoundly affected Australian society and the economy, and are likely to shape the future in ways that are not yet apparent,” the Intergenerational Report says.

Who would have foreseen, for instance, a surge in babies being admitted to hospital in New Zealand for an “immunity debt” potentially caused by the govern­ment’s closed border policy?

In polite company one must always blame the vast costs of fighting Covid-19 on the pandemic, yet much of the cost has been a deliberate choice. Closing schools and businesses were all choices. And many of us fell for sensationalist media reporting that created the impression we were all doomed. Covid has replaced Donald Trump as the great click generator.

“Zero Covid” defenders say economies can’t thrive unless Covid is stamped out, overlooking that the US, supposedly ravaged by the disease, is the only economy forecast to be bigger this year than was forecast in 2019.

They also celebrate high GDP growth rates when restrictions are lifted, as if their removal somehow reverses the extraordinary accumulation of debt.

Yet as increasingly frequent protests, from Sydney to Paris, illustrate, authoritarian health policies have sown social and political discord. Future generations will inherit a less free, more embittered society, where vaccination status, attitudes to compulsory masking and lockdowns divide people as much as class and race have before.

None of these costs go into any of the models experts have used to advocate the pursuit of zero Covid. In their models, humans are drones incapable of making their own risk assessments but fortunate to be governed by wise and selfless leaders with access to unlimited central bank money.

Protesters in Sydney last weekend were condemned as selfish. But taking basic precautions and living with a minuscule increase in personal risk may be the more selfless position.

Using the coercive power of the state to force others to behave against their will for months, at massive ultimate cost to future taxpayers, may be more selfish.

By September, Sydney and Melbourne will have been locked down for more than three and five months within an 18-month period. These are not temporary restrictions. As with climate change, those calling for the toughest actions are typically immune from the costs or even benefit from them.

Slashing carbon dioxide emissions may well lead to a better planet, but stopping Covid-19 deaths at all costs only makes us poorer in the future.

No rational cost-benefit analysis could justify what has occurred in the past 18 months, which is why none has been released by any government.

Perhaps this is no surprise. Scottish Enlightenment philosopher David Hume once wrote: “Reason is and ought only to be the slave of the passions.” Reason and critical, independent thinking have certainly taken a back seat to fear in recent months.

We should learn from this episode, though. Worse pandemics will emerge, perhaps even where some tough restrictions are justified. But we need to learn how to fight pandemics without permanently altering our way of life.

This article, ‘Zero Covid’ Experts Put Grandkids at Risk, was originally published by the American Institute for Economic Research and appears here with permission. Please support their efforts.