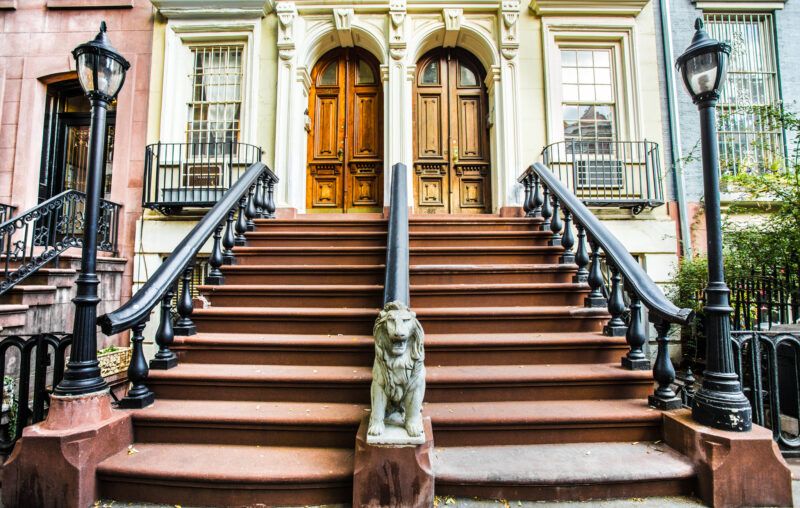 The actual state where this took place escapes at this time, but it’s really not the point. What’s the point is that sometime in the not-too-distant past a study came out revealing that kids in households with books in them ultimately did better in school, earned more as adults, and all sorts of other things associated with happiness and wellbeing. Readers can probably guess where this is going.

Do-gooders in policy and politics ever eager to “do something” got to work on putting books in homes that lacked them. Falling test scores and downward mobility solved? It’s almost a waste of words to answer, but words will be wasted. Of course the problems weren’t solved. The do-gooders mistook causation. Books in homes didn’t magically make kids smart, as much as smart kids tend to read books.

The anecdote came to mind while reading about a recent study led by Harvard eminence Raj Chetty. In the words of New York Times columnist David Brooks, Chetty and his colleagues “found that poor children who grew up in places where people have more friendships that cut across class lines earn a lot more as adults than children who don’t.”

As readers can probably imagine, the rather emotional Brooks found the findings “astounding,” and evidence that “we have largely ignored a powerful way to help people realize the American dream.” One gets the feeling Brooks found the study about books in the home similarly “astounding.”

From Chetty’s research Brooks has unsurprisingly concluded that the way to lift young people up the economic ladder is to simply place them around the well-to-do. Bussing one imagines, but without the schooling. While Brooks once expressed embarrassed sorrow that someone beneath his economic class seemed uncomfortable around him as they ordered from a menu featuring higher-end items, it seems his opinion has been altered by the Chetty study. As Brooks sees it, “friends are not just by your side, they get inside you.” Problem solved?

To Brooks, yes. Perhaps even to Chetty. Will tax breaks subsequently be conceived that will enable deductions if the well-to-do can “prove” friendship with those in lower economic classes? It’s easy to laugh, but have you seen the tax code?

The always deeply feeling Brooks has arguably mistaken causation. That he’s mistaken it should allow for some allowance. At least Brooks cares. One gets the feeling he really does want to improve the lot of those not as well-off as he plainly is. Credit is due there. At the same time it’s surprising someone as sophisticated as Brooks could so easily fall for that which doesn’t correlate.

To be clear, people in the U.S. aren’t poor because they don’t have friends like David Brooks teaching them “how to play the college admissions game, where to sign up for the SATs and so on,” rather they’re poor because they’re not already friends with David Brooks. If the difference isn’t clear, please read on.

Brooks once again excitedly writes “that poor children who grew up in places where people have more friendships that cut across class lines earn a lot more as adults than children who don’t.” No doubt the latter is true, but Brooks, Chetty and others are arguably mistaking why it’s true. It’s not because being around people like Brooks unearths knowledge about how to get into elite colleges (Brooks attended University of Chicago) as much as the choices made by poor parents that would lead to them being around people like Brooks plainly signal lots of other good life choices. In other words, if you’re friends with Brooks you’re likely already cultured, well-read, caring, and ambitious. This is meant as a compliment to Brooks.

At the same time, it’s also meant as a way to curb the enthusiasm of Brooks and others who feel Chetty has unearthed an easy solution to what some deem a problem of mobility. Forced assimilation, or even encouraged assimilation, will not alter individual economic reality. More realistically, poor people who have “cross-class friendships” are likely on the path to entering the class with which they spend time. “Birds of a feather flock together” is older than Brooks, and it speaks to a natural desire among the cultured, well-read, and ambitious to be around others like them. It’s a reminder that Chetty’s findings aren’t astounding as much as they’re a statement of the obvious.

That they are isn’t just a critique of Brooks’s analysis, or for that matter, Chetty’s. To see why, consider the popular conservative narrative that “your zip code shouldn’t decide your future.” The latter implies that kids are stuck in poor zip codes, only to be victimized by the lousy public schools in those zip codes. The view here is that Chetty’s study discredits the narrative. Indeed, there’s no denying per Chetty and Brooks that poor Americans continue to realize the American dream. As opposed to schools and associations lifting the poor, the ambitious poor find good schools and associations. Their choices and values signal upward mobility. So while wise minds can debate the merits and demerits of public schools, it seems conservatives mistake causation on the matter of education in the way that Left-leaners like Chetty and Brooks do on the matter of upward mobility.

Ultimately what Chetty has discovered, and that Brooks has cheered, is very bullish. The problem is that the discovery is not what either thinks it is. The American dream certainly lives, but only because individuals freely make decisions that correlate with the Dream.