You Think This Is A Game? Not Quite 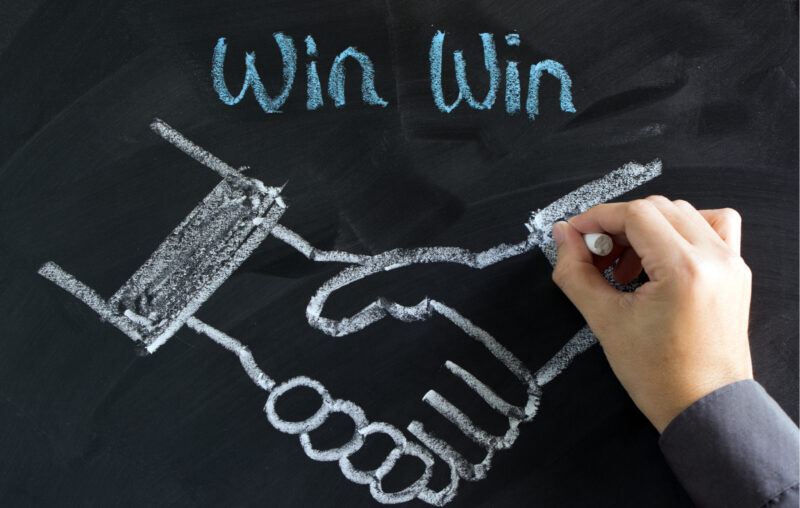 How often have you heard or read someone use a sports analogy to describe commercial society? Games are great fun, but they have winners and losers in ways exchanges don’t. Exchange is not, as Manuel F. Ayau reminds us, a zero-sum game. Here are a few ways sports and games don’t map cleanly into the business world.

The Market is Not Monopoly. This classic from Parker Brothers, which is outstandingly enjoyable if played correctly, combines just the right amount of acumen with just the right amount of randomness. Your every move involves a roll of the dice, but once you’ve handled what randomness has thrown at you, you can start wheeling and dealing. When I was in college, a friend who was doing his student teaching noted that the high school teacher he was working for wanted to try to teach the students the lessons on economics by having them play Monopoly. At the time, I thought this was a terrible idea. I only grew in this conviction over time, especially after Benjamin Powell and David Skarbek published this fun piece explaining how “Parker Brothers Gets it Wrong.” Monopoly has a clearly-defined winner (whoever is left standing at the end of the game) and clearly-defined losers (everyone else). You win the game by systematically bankrupting your opponents. Every trade you make is strategic in the sense that your friend on one turn will be your enemy on another, and you know that only one of you will be left standing. Maybe this is a good metaphor for the real estate industry in a very well-defined space. It is not, however, a good metaphor for commercial society.

“A Level Playing Field.” What matters is having fair rules that treat everyone equally. This is definitely where every society in history has failed miserably. Once again, though, business isn’t a game we play against one another. It’s like one of those cooperative games where you work together to solve a puzzle or something. No one should get special privileges.

In games like golf and bowling where there’s some friendly competition, people use handicaps to even the odds a little bit. When I play Harry Potter Trivial Pursuit with my daughter, she has to answer every question on the card while I only have to answer one (I still lose badly). This doesn’t translate to commercial society, though. Golf, bowling, and Trivial Pursuit are zero-sum games with winners and losers. In what is “properly speaking, a commercial society,” you improve your position by helping other people improve theirs—and not to your disadvantage.

Life Isn’t A Race. The same is true of a race. There is no “starting line.” Someone born into a family might have a better chance of gaining admission to an elite college or university, but there are a lot of substitutes out there for Harvard, Stanford, and Yale (might I recommend one?). If you define things narrowly enough, we’re playing zero-sum games in the very short run. Someone else got the job at Harvard I wish I had, and I can tell myself “if only” stories all day long about how if only this thing or that thing had been different, I would have developed the technical and analytical skills that would have placed me at the highest ranks of the economics profession. Just because someone else has a job at Harvard or Princeton, though, doesn’t mean I can’t have a perfectly fine job at Samford and a perfectly fulfilling life in Birmingham.

It’s easy to make the mistake of thinking about competition incorrectly when you’re defining things too narrowly. Another firm that makes a product very similar to yours is definitely a competitor. Potential customers, however, are not—though it’s easy to think adversarially about negotiating and efforts to split the gains from trade. Once you make a deal, there might be this nagging sensation that you could have gotten a slightly better deal if only the scoundrel across the table from you weren’t so selfish (why her regard to her own interests rather than yours is blameworthy is more or less unanalyzed). You shouldn’t lose sight of the fact that you both agreed to the deal because it made you both better off.

Sports and gaming metaphors certainly have their place, but if we take them too seriously we get lost in details and lose sight of the greatest positive-sum game in the world: specialization and division of labor. When you’re bowling or playing a board game, there’s a winner and a loser. When you’re bargaining, however, everyone’s a winner.

This article, You Think This Is A Game? Not Quite, was originally published by the American Institute for Economic Research and appears here with permission. Please support their efforts.