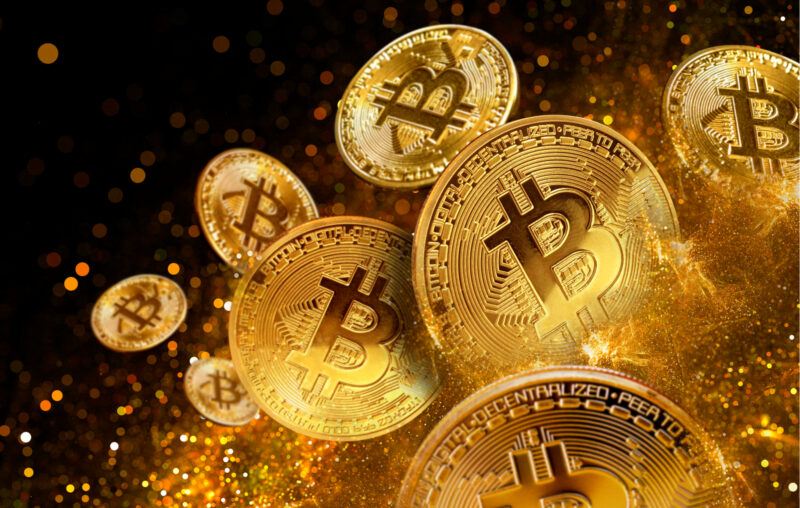 As a once-devout environmentalist, I have a T-shirt with a slogan heavily used by activists. Often credited to the Abenaki Alanis Obomsawin, it speaks directly to our modernity-hating followers in the Church of Climate:

When the last tree is cut, the last fish is caught, and the last river is polluted; when to breathe the air is sickening, you will realize, too late, that wealth is not in bank accounts and that you can’t eat money.

Only a little derogatory we might say: yes, it took monetary economics many centuries of hard work and laborious testing to figure out that we indeed cannot eat money. Though – and this is the Earth-shattering point – we can trade other things for stuff we can eat, and money is a civilizational-changing vehicle for that, as it moves value both across time and place. The political battles over Britain’s Corn Laws in the 1840s featured many debates over what today would be called “food sovereignty,” with the conclusion that crops can better be grown elsewhere – and ever since, Britannia has relied on the rest of the world to feed her, in exchange for the goods (but mostly services) that she provides them.

It is hard to be a consistent fan of Nassim Nicholas Taleb, the author, public intellectual and former trader, as the quality of his written and spoken word fluctuates as much in value as the cryptocurrency he loves to lambast. He has written astonishing books, particularly the ones included in the Incerto series – of which The Black Swan and AntiFragile might be the most well-known. On the negative side, he has said a number of remarkably inane things about the pandemic, and like Elon Musk, he’s also done a one-eighty on bitcoin: from an eager fan and promoter, to a hostile critic.

Mixed bag, in other words.

In a series of tweets and much-shared comments on social media, Taleb hit both Bitcoin and libertarians, insisting that mutually beneficial trade is of nobody else’s concern (I am unable to find references to them, as Taleb has long since blocked me, but I’m sure the reader is more than capable of finding some stark Taleb-rant on why bitcoin is terrible). He writes that for a person to purchase consumption goods with bitcoin, she must have an income in bitcoin; but for her to receive (parts of) her salary in bitcoin, the employer must receive at least some bitcoin in revenue; and the seller of consumption goods must obtain at least some raw materials in bitcoin.

Of course, this is terribly wrong; yet, he’s also profoundly right – in an almost trivial way.

Unless currencies are fixed against one another or redeemable in the same outside money, purchasing and selling items in a currency different from the one in which you pay your expenses or earn your incomes exposes you to exchange rate risk. This is trivial, and obvious to anyone who has ever spent time in another monetary network from their own (or tried to buy/sell something from those monetary networks). If my incomes are in dollars, but my regular expenses are in euros, the exchange rate between euros and dollars changes on a daily (or hourly) basis my real purchasing power. Most international travelers or multinational corporations don’t mind much since these fluctuations are usually quite small, can be insured against via efficient and deep financial markets, and often reverts themselves over time: companies pocket currency windfalls one quarter only to face currency headwinds another.

In this sense, bitcoin is just another monetary network, with exchange rate risk to incomes or purchases of goods and services in other networks. Much to the ire of bitcoiners and libertarians alike, Taleb has a point: when you opt into any monetary network, you’re not just making an isolated transaction between yourself and whoever sold you the money, but a bet on the future exchange rate of that money vis-à-vis other items. Money, long known to monetary economists from Cantillon to Mises, has the strange property that it’s acquired not to be used and consumed, but to be given away later. That means when I give up valuable goods and services – electricity when I mine bitcoin, my time and labor when I work for it, my entries in another monetary network (dollar or euros) when I buy it on an exchange – for a place on the global ledger that is bitcoin, I am not just giving up these resources, but making a gamble on the future state of that network. I am acquiring a risk that, firstly, I won’t be able to use the token for something I desire, as the seller of that good or service must also accept my bitcoin; and secondly I don’t know at which exchange rate I will receive that good or service. (This holds even if I just trade it back for dollars later.)

The sneaky comment that underpins Taleb’s entire argument arrives at the end of his rant: for all of us to make transactions in bitcoin – be paid in bitcoin, or be able to pay others in bitcoin – “requires a parity bitcoin-USD of low enough volatility to be tolerable and for variations to remain inconsequential.” The key word is ‘tolerable,’ as every monetary network faces these same issues. As above, travelers to Mexico (pesos) or France (euros), or multinationals purchasing inventory from Brazil (reais) or China (yuan) accept the inherent current risk because they judge the benefits to outweigh those risks.

Acquiring and holding bitcoin also exposes individuals and companies to exchange rate risks: between what you’re giving up for fiat currency today and what goods and services your future self wants. For the dollar, that risk is usually quite low and ostensibly at least quite predictable: at 2% inflation a year, you know that $100 will get you about $98 worth of goods this time next year and about $96 the next. But, says the monetarily conversant bitcoiner, you don’t actually know that: you’re entrusting that prediction to an increasingly aggressive and increasingly fickle board of Federal Reserve Governors. It also depends on what your future consumption bundle looks like: if you’re looking to buy a computer, cell service, or clothes, you’re probably fine just holding the $100 bill; if your future consumption includes college expenses, medical care, or a house, not so much.

If we assign high enough probability that these Governors won’t deliver on their promise, and take into account their counterparties in an even more spending-prone Treasury, what a “tolerable” volatility is might be quite a lot. Lots of people who hold bitcoin indeed deem the risk of government mismanagement to be larger than the risk that their bitcoin holdings get them fewer goods and services when they finally convert them into consumption goods.

What’s so ironic here is that the very bitcoiners who detest being pushed into stocks or commodities for long-term monetary savings (the only vehicles left when cash holdings just slowly depreciate), don’t have a problem being pushed into even riskier exchange rate risk down the road. Bitcoin’s exchange rate is unanchored in the sense that we can’t make a decent prediction as to where it’s going to be forty years hence – in contrast to how an NGDP target would or the classical gold standard did.

Sure enough, objects the still conversant bitcoin theorist, the supply is capped and the demand is infinite, so the price must go to the moon – but what ensures that? You need a very cynical view of government and an inability of creative markets and progress to overcome them for the argument to make sense. And you’re still making the goldbug’s mistake: For decades, goldbugs like Jim Rickards and Peter Schiff have said that gold is immutable and will keep its value, because in a hundred years’ time that gold coin will be exactly the same as it is now. Physically, yes, but not economically. What matters for the holder of gold is what gold gives him in that far-off future. What a risk-averse time-traveling saver is after isn’t something that is physically the same as what he put in, but economically the same – and that’s pretty impossible, as economies, values, and production technologies change.

When bitcoiners rant against the horrors of forcing people into investment vehicles they are ill-equipped to manage or understand, they miss this fundamental aspect of our monetary economies: price risk and currency exchange risk does not disappear. By introducing a new outside monetary commodity (i.e. without counterparty risk, where your monetary surplus is nobody else’s liability) you ensure that – bar hacks and loss of private keys – the bitcoin saved away today remains the same number of sats when financing future consumption. But you do not ensure that those same number of sats will purchase the retiree the goods and services equal to, or above, the savings.

This article, You Cannot Eat Bitcoin, was originally published by the American Institute for Economic Research and appears here with permission. Please support their efforts.