You Are Not Paying a Higher Relevant Tax Rate Than Billionaires 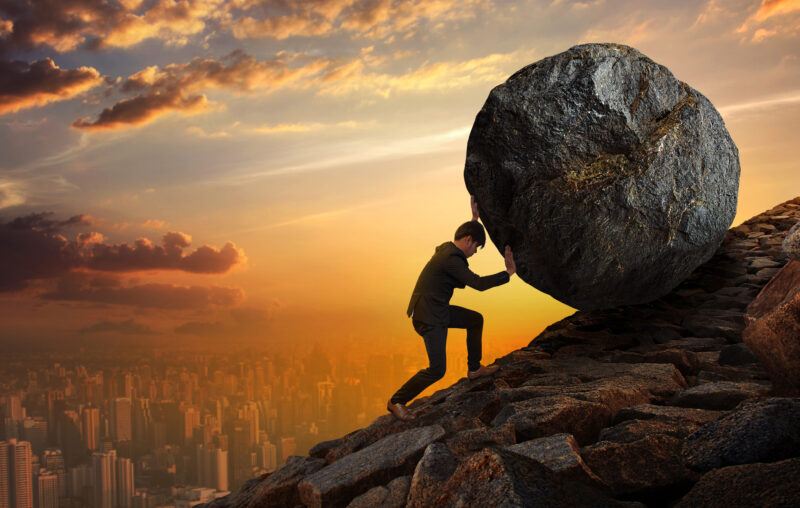 Under the headline, “You May Be Paying a Higher Tax Rate than a Billionaire,” ProPublica is running the latest iteration of the left’s claim that “the rich” don’t pay their “fair share” of taxes, to help gin up support for raising their taxes. It compares (illegally obtained) tax returns for 25 top wealthy people with those for a supposedly “typical” worker with a wage income of $45,000, concluding that those rich paid a total tax rate of 16.0%, but the typical worker paid 19.3%.

Inconsistent with other sources

As Chris Edwards has reported, the Congressional Budget Office, Tax Policy Center and Joint Committee on Taxation, each of which has done similar comparisons without breaking the law, have found that top earners pay more than double the total tax rates than their versions of more typical earners (CBO: 26.6% vs. 12.3%; TPC: 25.0% vs. 12.3%; JCT: 30.3% vs. 12.2%).

If we were only to look at income taxes, which is what most people think about when they hear of tax rates, a picture even more sharply out of sync with ProPublica’s headline emerges. Their own report claims their typical worker pays less than half the income tax rate as their rich do (6.9% vs. 15.8%). More reliable sources show an even greater differential (CBO: 3.3% vs. 24.4%; TPC: 3.5% vs. 24.0%; JCT: 5.0% vs. 29.5%). And the fact that “the rich” pay more than five times the rate of the average worker in each of those more reliable studies does not show them as unjustly benefited by the tax code.

Further, ProPublica’s definition of a “typical” worker with $45,000 of wage or salary income is problematic, skewing their comparisons and biasing their results in their preferred direction. The number is essentially plucked out of the air, not drawn from actual data, like more credible studies. And its assumptions make it look like they pay higher taxes than a typical such worker would. The worker is assumed to be single, with no children. That fails to incorporate important determinants of typical workers’ taxes. In 2018 (the last year of the ProPublica comparison), a single worker would receive a standard deduction of $12,000, but joint filers would get $24,000, substantially lowering income taxes. That year also had a $2,000 per child tax credit for such workers (phased out for high earners). But assuming no children makes that tax credit disappear from the comparison. That standard earner with children has also long gotten added dependent deductions for children and would qualify for the refundable Earned Income Credit if he had dependent children. In fact, a married worker with two dependent children, filing jointly, would actually get a net tax rebate (the $4,000 in child care tax credits alone is greater than ProPublica’s estimated income tax payments). And paying net negative income taxes is not paying higher taxes than “the rich.”

When one incorporates the fact that a great deal of income for low-income households is government transfers that are not counted as official income nor subject to Social Security taxes, the picture changes. Years ago, the Congressional Budget Office (CBO) found that incorporating such unmeasured income actually made Social Security taxes progressive for all but the top 20 percent of earners.

Rather than being regressive, Social Security taxes are actually proportional to earned income up to the tax cap. So, for the vast majority of Americans, who fall under the cap, taxes rise apace with earnings. Beyond the cap, earnings are not subject to the tax. So for those earners, their average tax rates fall with further income. Only for that relatively small number can one claim that despite paying more in total Social Security taxes, they pay a smaller percentage of their total earnings.

Even more important, incorporating both Social Security’s taxes and retirement benefits, rather than just taxes paid, as is appropriate for a retirement program, reveals that Social Security is progressive, not regressive, as the “fair share” crowd claims. And that has long been the case.

To illustrate, one study found that for a single earner retiring at 65 in 1993, Social Security replaced 59 percent of taxed income for low earners, 44 percent for average wage earners, but only 25 percent for an earner at the Social Security tax cutoff. Higher income earners received a far smaller return on their contributions than average earners, and less than half that of lower earners. Taxation of benefits for higher income retirees now increases this difference. In terms of lifetime net benefits, in 1992 dollars, a single low earner retiring in 2000 netted $27,983 from the system, an average earner netted $14,833, but a high-income earner lost $23,129.

Inappropriate treatment of Social Security drives ProPublica’s headline conclusions. They count Social Security’s 12.4% combined individual plus employer payroll tax rate on each earned dollar up to the payroll tax cap, now $142,800, and ignore the retirement benefits that will result, which is also misleading because employers actually must pay their 6.2% share in addition to the employee’s salary.

That makes it appear that there is a sharp 12.4 percentage point cut in measured marginal tax rates for everyone above the payroll tax cap (Illustrated by a 2015 Washington Post article that said “the more money you make, the less your effective Social Security tax rate is, making this tax about as regressive as they come”). And that is the key driver of the supposedly lighter tax treatment for the rich.

Allegations that higher income earners don’t pay their “fair share” of taxes are a mainstay misrepresentation of the political left. When the facts say otherwise, they simply twist the facts and ignore more serious studies. ProPublica’s latest effort is just one more of a long line of such analytical abuses, whose details have varied over time in search of what can be most effectively used to mislead citizens. Without their abuses of what they call a “typical” worker, and their mistreatment of Social Security (whose complications mean most people do not understand it), their conclusions could not be generated. In contrast, any serious treatment of these abuses shows that reality is sharply in the opposite direction of what they assert. It mainly illustrates how important taking lots of other peoples’ money is to ProPublica’s agenda, but how unimportant accuracy and honesty is in advancing it.

This article, You Are Not Paying a Higher Relevant Tax Rate Than Billionaires, was originally published by the American Institute for Economic Research and appears here with permission. Please support their efforts.